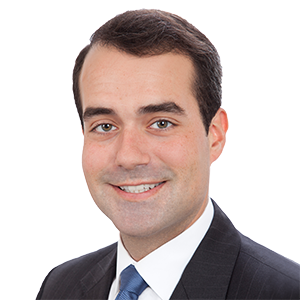 Philip Tarpley is a Senior Associate in Norton Rose Fulbright's Dallas office.  Philip joined Norton Rose Fulbright in 2015 and has practiced in both of the firm's Dallas and Houston offices.  As a member of the firm's Commercial Litigation, Antitrust and Competition group, Philip specializes in the trial and litigation process itself - he has represented clients in hotly contested matters across the United States, including class action cases, RICO cases, adversary proceedings in federal bankruptcy court under the US Bankruptcy Code, state and federal trade secret misappropriation claims, breach of non-competition agreement disputes, copyright infringement cases, and FINRA arbitrations - and has developed a focus on the aviation industry.  No matter the subject matter or location, Philip is a confident and aggressive advocate for his clients in both state and federal courts across the nation.

Philip is currently admitted to practice in Texas and before the United States Fifth Circuit Court of Appeals and the United States District Courts for the Northern, Southern, Eastern, and Western Districts of Texas.

At Duke Law, Philip served as the Editor-in-Chief of the Alaska Law Review.  He was selected to join Duke Law's mock trial and moot court boards and, in 2014, was selected to compete as a member of Duke Law's national moot court team.  At Rice, Philip was a member of Brown College, the club water polo team, and a coordinator of Impact Rice, Rice University's student-led leadership retreat.