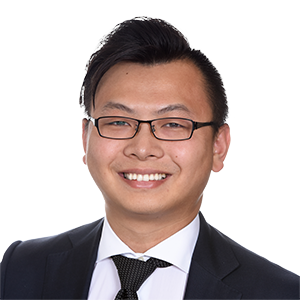 Hao served as a law clerk to Chief Judge Rodney Gilstrap of the United States District Court for the Eastern District of Texas. During his clerkship, he assisted with the management of both patent and non-patent cases, including patent infringement, ANDA, breach of FRAND, trade secret, personal injury, workplace harassment, and employment discrimination. He also worked on numerous judicial proceedings, including five civil jury trials, one bench trial, ten pre-trial conferences, and eight Markman hearings.

Prior to his legal career, Hao was a senior engineer for Advanced Micro Devices, Inc., where he acquired extensive technical experience in the areas of semiconductor design and manufacturing, power systems, and supply chain management.

In law school, Hao was the Associate Managing Editor of SMU Law Review.

Hao is admitted to practice in Texas, The United States Patent and Trademark Office and the Eastern and Northern District Courts of Texas.