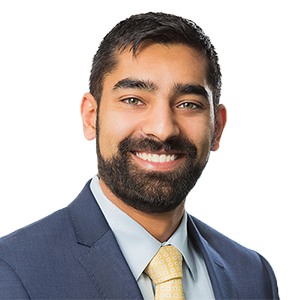 Rohan Sridhar is a corporate and commercial lawyer based in Melbourne.

Rohan focuses on pharmaceutical and technology transactions, including regulatory and advice work. In the pharmaceuticals sector Rohan works closely with clients ranging from start-up businesses to global pharmaceutical companies, and has experience in complex mergers, acquisitions and divestments, Government procurement and product commercialisation, including clinical trials, licensing, marketing and promotion, product liability and recalls. Rohan also advises on regulatory compliance issues in the sector.