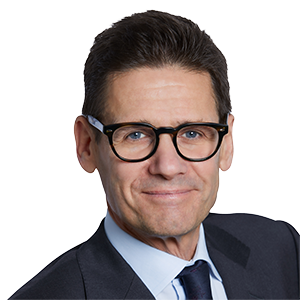 Pierre Bienvenu is global co-head of our international arbitration practice. He was managing partner of Ogilvy Renault LLP (one of our predecessor firms in Canada) from 2005 to 2009 and chaired its executive committee from 2005 to 2011. He served on our global supervisory board from 2011 to 2014.

Mr. Bienvenu is a disputes lawyer with more than 35 years' experience, practising in international commercial arbitration, corporate and commercial litigation, and constitutional law. He has acted as counsel or served as arbitrator in numerous domestic and international arbitrations, both ad hoc and institutional, involving disputes in energy, transportation, telecommunications, mergers and acquisitions, construction, pharmaceutical products, international distribution and joint ventures, and foreign investment. He is also regularly called upon to represent parties in court proceedings to enforce or set aside foreign or domestic arbitral awards. A former co-chair of the IBA's Arbitration Committee (2008-2009), he served as an alternate member of the ICC International Court of Arbitration between 2015 and 2021 and previously, between 2010 and 2015, as a member of the LCIA Court, of which he was also a vice-president. He was appointed to the Arbitration Court of the Singapore International Arbitration Centre (SIAC) in July 2021, and was designated by the Government of Canada as a member of ICSID's Panel of Arbitrators (International Centre for Settlement of Investment Disputes) for a six-year term beginning in September 2021.

In addition to appearing before numerous administrative and arbitral tribunals, Mr. Bienvenu has pleaded before the courts of Quebec, the Federal Court of Canada and the Supreme Court of Canada. He has participated in numerous challenges to the constitutional validity of provincial and federal legislation, and has extensive experience in public law litigation. His Supreme Court of Canada experience includes representing government bodies, institutions, corporations and individuals in a range of high-profile constitutional and commercial law disputes, including representing the Attorney General of Canada in the landmark Reference re Secession of Quebec, the federally appointed judiciary in the Bodner case and the Reference on the Jurisdiction of the Court of Quebec, the successful party in the highly publicized Eric v Lola equality case, and acting as co-counsel for BCE and Bell Canada in their successful appeal to the Supreme Court to approve a plan of arrangement for the $50 billion leveraged buyout of BCE by a private equity consortium.

Mr. Bienvenu is a Fellow of the American College of Trial Lawyers. He was awarded the distinction Advocatus Emeritus by the Quebec Bar in 2008 and, in 2013, he was presented with the Paul-André Crépeau Medal by the Canadian Bar Association for his contribution to the advancement of the international dimension of private law and commercial law in Canada. He was ranked among the top 25 most highly regarded individuals in the practice of international arbitration worldwide in Who's Who Legal's 2016 International Who's Who of Commercial Arbitration.