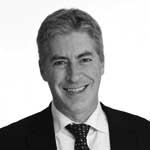 Michel Carle has vast experience in employment and labour law.

Over the course of his career, he has acquired in-depth knowledge of the manufacturing, retail and food industries in particular. He also has valuable experience in representing employers during unionization campaigns, on applications for certification and in collective bargaining. Mr. Carle provides ongoing advice and acts on behalf of a number of companies in matters relating to labour law, labour standards, employment termination, psychological harassment, discrimination, grievance arbitration and corporate restructuring and mergers.