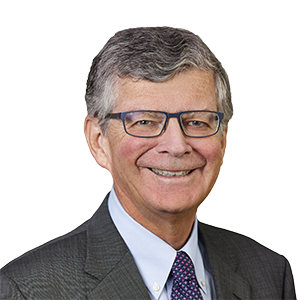 John West joined us in 1997 and was one of the founding partners of our Toronto office. He played a key role in the development and growth of the Toronto employment and labour law practice. John served as chair of the Toronto employment and labour law group and subsequently from 2004 to 2008, as national chair of the practice across Canada. John became the managing partner of our Toronto office in 2008 until 2012 and served on the firm's executive committee and remuneration committee. While Toronto managing partner, he was responsible for over 200 lawyers and an equal number of staff. John played a pivotal role in the firm's transition to a global practice.

John retired at the end of 2016 and assumed the position of senior vice president, general counsel and corporate secretary of Canada Post Corporation in Ottawa, where he was a key member of the corporation's executive team. His responsibilities included directing a cross-country legal team, managing complex litigation and corporate/real estate transactions, advising the board of directors on governance and regulatory matters and overseeing the corporation's security and investigation division.

John returned to us 2019 as a senior advisor assisting with strategic advice to clients and practice development. John is recognized as one of Canada's leading labour and employment lawyers. He has represented large public and private sector clients across Canada in corporate reorganizations, collective bargaining and litigation before labour arbitrators, tribunals and the courts. John has spoken at legal conferences and industry associations in Canada and the US on key employment and labour law themes. He is a certified specialist in labour law by the Law Society of Ontario.