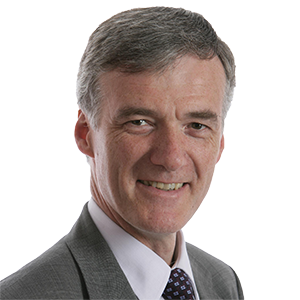 Gordon Hall is a consultant assisting our London office in the development of its shipping practice. He has broad experience of advising on large asset finance transactions for transportation industries, particularly with respect to ships and rolling stock as well as, earlier in his career, advising on aircraft leasing transactions.

Gordon has extensive international experience having worked in Bahrain and Singapore as well as in London. He was head of our rail group and played a leading role in the practice's initiatives with a focus on transport industries.

In shipping, Gordon’s experience includes leasing, capital markets work, joint ventures and corporate transactions, particularly in the context of credit based structured finance for ship owners. He has advised on the shipping aspects of IPOs and bond issues and negotiated complex Dutch CV financings and ECA backed shipping loans in several jurisdictions. He also has experience in the negotiation of ship charters and pools and in transactions involving the purchase and disposal of shipping companies or their business.

In rail, Gordon helped to establish and grow a successful practice covering the range of rail sector activity. While in London he was adviser to one of the UK’s three passenger rolling stock owning companies on most of their major newbuild orders and associated lease and maintenance contracts. He has represented a leading rolling stock manufacturer on the supply of light rail vehicles. He has also negotiated rolling stock leases outside the UK and advised the Office of Rail Regulation on a range of discrete issues.

Gordon is recommended in the Legal 500 UK 2012, and is ranked as a leading individual in transport in Chambers & Partners Directory 2011.