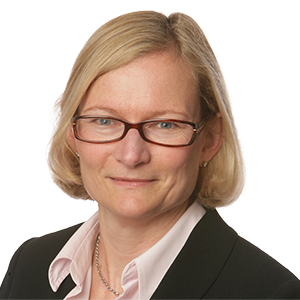 Louise also acts as Relationship Partner for Enterprise Clients BP and Lloyds Banking Group and chairs the Norton Rose Fulbright LLP pension scheme. She is a tax lawyer with specialist areas in tax-based asset finance and corporate finance, focused particularly on the transport and energy sectors.

Her previous experience includes acting for major UK lessors on tax-based leases of LNG carriers, advising on major infrastructure transactions, acting on PFI/PPP projects, and acting in significant M&A transactions in the energy and shipping sectors. She joined the legal practice in 1981, qualified in 1983 and became a partner in 1991.

Legal 500 UK 2013 acknowledges that Louise is noted for her ‘concise and easily understandable advice’, while Chambers UK 2012 comments that “there is no ego with Louise. She is straight to the point and efficient, which makes her a very effective practitioner”.

Louise is a qualified Chartered Tax Adviser (ATTI) and is a member of the Tax Section of the International Bar Association.

Louise is quoted as a commentator on tax matters in the Financial Times and contributes frequently to the specialist press, particularly in the transport sector. She has appeared on radio and television commenting on topical tax issues.