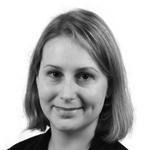 Marie Zelazko is a banking lawyer based in Paris. She focuses on debt finance structures for energy-related projects in France and French-speaking Africa, advising developers and industrials as well as investment funds and banks. Marie has extensive knowledge of OHADA (Organisation pour l'harmonisation en Afrique du droit des affaires) law, as well as UEMOA and CEMAC regulations.

Marie joined the Paris office in 2011 and previously worked for another leading law firm as general banking lawyer for four years.

She holds a DESS in Banking and Finance Law and a Magistère in Business Law from the University of Paris I Panthéon-Sorbonne (postgraduate degrees). She was admitted to the Paris Bar in 2007.

A native French speaker, Marie is fluent in English.