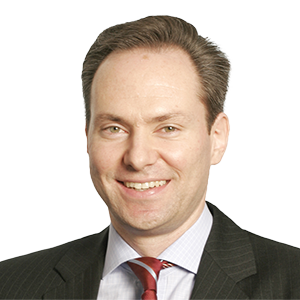 Dr Frank Regelin is a corporate lawyer based in Frankfurt and is head of the German Corporate, M&A and Securities practice.

His practice focuses on listed companies and capital markets. He has more than 15 years' experience in advising both issuers and investment banks in the course of domestic and cross-border capital markets transactions, with an emphasis on IPOs, rights issues, secondary issues, equity-linked products and corporate bonds. Frank is also an expert in public takeovers and mergers and acquisitions and gives ongoing corporate and securities law advice to numerous listed companies, board members and shareholders.

Frank has been recognized for many years as a leading lawyer in the field of equity capital markets and corporate in Germany by pre-eminent legal publications, including Chambers, Legal 500 and JUVE.   According to Chambers Global 2018 clients describe him as "is diligent, always available, has very good technical knowledge and is very effective in negotiations." JUVE Handbook 2017/18 recommends Frank for ECM and quotes a client praising Frank with "great expertise, creative, solution-oriented as well as fast and always available". In addition, Frank was selected by his peers for inclusion in The Best Lawyers™ in Germany 2018 for the fourth time in the field of Capital Markets Law.

He received his law degree in 1995 and holds a doctorate in law from the University of Mannheim. During his legal traineeship he spent several months with law firms in New York and São Paulo. Frank joined the practice in 2007 as a partner. Prior to joining us, he worked for several years in the corporate finance and capital markets departments of two other leading international law firms in Frankfurt and London.

Frank is fluent in German, English and Portuguese. He is also admitted as a foreign lawyer to the bar in Rio de Janeiro, Brazil.