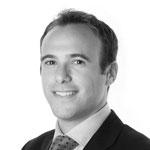 Tal Geron is a dispute resolution and litigation lawyer based in London. He focuses on general commercial and banking disputes, and has experience of advising governments, financial institutions and corporations on a broad range of domestic and international matters.

Tal has experience of all forms of dispute resolution, including High Court litigation, extradition proceedings, arbitration, and mediation.

Tal has previously worked in our Paris and Hong Kong offices and undertaken secondments to the in-house litigation and investigations teams of two major international banks.

Tal is also a Solicitor-Advocate with higher rights of audience in the courts of England and Wales (Higher Courts Civil Proceedings).

Tal is a former winner of the London Universities Mooting Competition and the Philip C. Jessup International Law Moot Court Competition (French rounds), having been awarded the prize for 'Best Advocate' and competing in the International Rounds in Washington, DC.