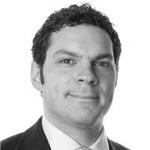 Roberto Pagliarulo is a litigation and dispute resolution lawyer based in London. He undertakes a broad range of commercial and banking litigation with a particular emphasis on financial services regulatory enforcement and related litigation, tax and pensions litigation.

Roberto's financial services law and regulatory experience includes representing financial institutions and individuals in various contentious regulatory proceedings commenced by the Financial Conduct Authority (FCA) and other regulators. He has recently advised on matters subject to the Regulatory Decisions Committee and the First and Upper Tier Tribunal (Tax and Chancery Chamber), including representing high profile individuals on FCA investigations into market abuse (including Ian Hannam) and into other matters such as bribery and corruption. He has conducted internal investigations for financial institutions and individuals (including in relation to the FCA's investigation into RBS and the global financial crisis) and prepared individuals for appearance in public enquiries. He has advised the FCA on the mis-selling of PPI and the London Stock Exchange (LSE) in relation to disciplinary matters. Roberto has also undertaken a six months secondment to Lloyds Banking Group, assisting with their LIBOR investigation.

Roberto has an extensive commercial practice, regularly representing clients in substantial commercial litigation before the Court of Appeal and the Commercial, Queen’s Bench and Chancery Courts. Within this field Roberto’s practice incorporates the specialist areas of Civil Fraud and Financial Services as well as more general commercial disciplines such as breach of contract.

In terms of tax disputes, Roberto has represented clients in a wide range of disputes with Her Majesty's Revenue and Customs (HMRC). His experience includes assisting HSBC in its appeal to the First-tier Tribunal for a refund from HMRC of the stamp duty reserve tax paid on the issue of shares into an ADR programme to fund a 2003 acquisition; assisting private banks with large internal investigations in offshore jurisdictions to assist discussions with HMRC in relation to possible tax evasion; acting for private banks in relation to several formal discovery notices sent to them by HMRC and assisting a financial institution in a judicial review application against HMRC.

Roberto was appointed to the Executive Committee of the Financial Services Lawyers Association in March 2013. He is also a member of the London Solicitors Litigation Association and Association of Pensions Lawyers.

Roberto is acknowledged for being ‘completely unflappable’ by Legal 500 UK 2013.

He has a first class degree from Bristol University and an M.Phil from Jesus College, Cambridge University.