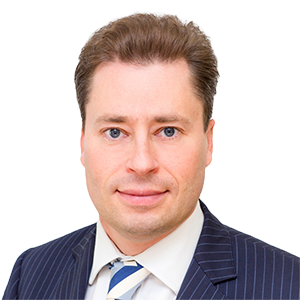 Yaroslav Klimov is a litigation and disputes lawyer based in Dubai. He is highly regarded for dispute resolution, with significant experience in international arbitration, cross-border disputes and Russian litigation, and is often involved in high-profile disputes. Previously Yaroslav headed-up our Russia/CIS disputes practice for over a decade.

Yaroslav has more than 25 years' experience in international and domestic dispute resolution, involving multiple jurisdictions, such as the UK, Ireland, the Netherlands, Hungary, Cyprus, and many others. He is also an experienced advocate and represents clients before local Russian courts: courts of general jurisdiction and state commercial courts.

He joined the firm in 2011, having previously worked for a major international law firm for 15 years.

Doctorate in Law, Institute of State and Law of the Russian Academy of Sciences