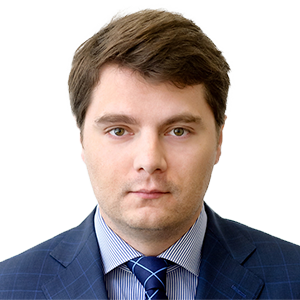 Alexey Borodak is a dispute resolution lawyer based in Moscow. He is highly regarded for insurance litigation and has also expertise in anti-corruption and white collar crime.

Alexey represents clients before Russian state commercial courts and courts of general jurisdiction. He has a broad experience of general commercial, corporate and regulatory disputes with significant expertise in insurance litigation.

He is a member of Insurance Committee and Committee on Compliance & Ethics of Association of European Businesses (AEB). Alexey is a member of the working group on insurance disputes rules of the Russian Arbitration Association (RAA). He regularly speaks on insurance and anti-corruption issues at conferences and contributes articles to the leading law magazines. Alexey is featured as a leading litigation lawyer in Legal 500 and Acritas.

Alexey is a graduate of the State University - Higher School of Economics law faculty. Alexey joined us in 2011 having previously worked for leading Russian litigation firms and a major international law firm. For several years Alexey headed dispute resolution department in a major Russian insurer. A native Russian speaker, Alexey is fluent in English.