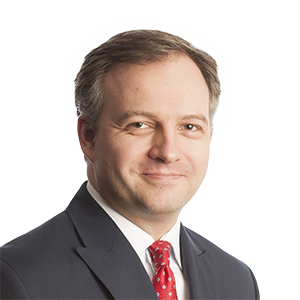 He has handled matters against federal and provincial tax authorities in civil, commercial, criminal and constitutional matters before the Court of Québec, the Québec Superior Court, the Québec Court of Appeal, the BC Supreme Court, the Alberta Court of Queen's Bench, the Ontario Superior Court of Justice, the Tax Court of Canada, the Federal Court and the Federal Court of Appeal. Dominic has argued four cases before the Supreme Court of Canada as lead counsel for the appellant, the respondent and the intervener.

In 20 years of practice, Dominic has argued over 200 cases on behalf of clients in seven out of 10 Canadian provinces.

He has taught taxation for more than 10 years at the University of Sherbrooke and at the Quebec Bar School. He has published articles and given speeches in Canada, the United States, the United Kingdom, France, as well as the United Nations in Geneva, Switzerland.

Mr. Belley has recently acted as counsel to the following clients: