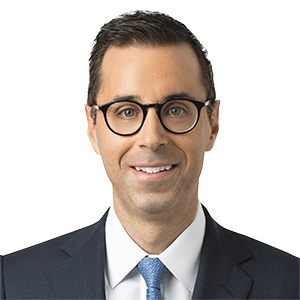 Vincent Rochette deals in all aspects of civil, commercial and constitutional litigation. His practice focuses primarily on class actions, contractual disputes, transnational litigation as well as appeal proceedings, including before the Supreme Court of Canada.

Practising out of our Montréal and Québec offices, Mr. Rochette represents clients before all levels of courts and several administrative tribunals.

In the last few years, Mr. Rochette has acted in several complex legal disputes on behalf of Crown corporations and large local and international businesses. He has successfully represented a diverse clientele in several matters involving technical issues, including class actions and contractual and environmental disputes.

Mr. Rochette is currently leading the defence in several class actions regarding environmental, consumer law and human rights and freedoms issues. He frequently acts in disputes over issues concerning the administration of pension plans or stemming from natural resource development projects. He also intervenes in cases involving constitutional or administrative law issues.

During the judicial year 2010-2011, Mr. Rochette clerked for Mr. Justice Louis LeBel at the Supreme Court of Canada.

Mr. Rochette has acted recently for the following clients: