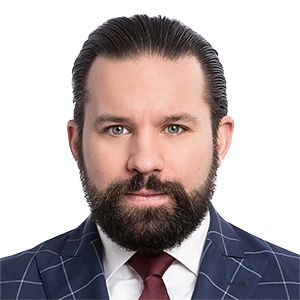 Jonathan Lafrance is a tax litigator.

Based in Montreal, Mr. Lafrance has developed a national practice helping clients resolve their tax disputes. Over the years, Mr. Lafrance has argued cases before the Court of Quebec, the Superior Court of Quebec, the Quebec Court of Appeal, the Supreme Court of British Columbia, the Alberta Court of Queen's Bench, the Ontario Superior Court of Justice,  the Tax Court of Canada, the Federal Court and the Federal Court of Appeal in the context of tax disputes against the federal and provincial tax authorities. He also represented clients in Supreme Court of Canada cases, including one on the merits and three at the leave to appeal stage.

Since joining us, Mr. Lafrance has represented clients in more than 70 court cases leading to either a decision on the merits or favourable out-of-court settlements.

Mr. Lafrance teaches tax litigation at the University of Sherbrooke. Prior to joining us, Mr. Lafrance was a judicial clerk with the judges of the Tax Court of Canada.

He has authored several articles and is an active speaker in the tax community.