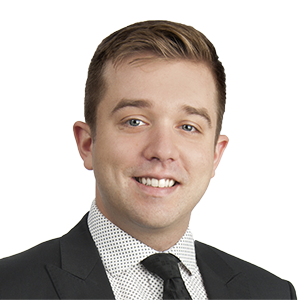 Stéphane Erickson is a national employment and labour knowledge lawyer. He works with the knowledge, management and innovation team on a variety of client-focused projects and initiatives, specifically in employment, labour and human rights law.

Mr. Erickson first joined our office as a summer student in 2014, and articling student in 2015, after completing his civil and common law degrees at the University of Ottawa. He thereafter clerked at the Federal Court of Canada for the Honourable Justice Alan S. Diner. After his clerkship, Mr. Erickson returned to the firm as an associate in the employment and labour group in Ottawa, practising law in both of Canada's official languages for the better part of two years.

Before joining our firm, Mr. Erickson gained valuable international work experience at Canadian diplomatic missions throughout the Americas, including before the Organization of American States in Washington (DC), Mexico, and Costa Rica. He is fluent in Spanish and has studied abroad in both Chile and Spain. Mr. Erickson has received recognition for academic excellence in the fields of constitutional law and minority language rights.

Getting back on track: Mental health and a return to the workplace