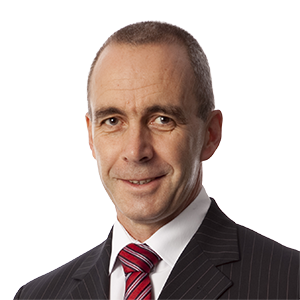 Andrew is a director and the Head of Financial Restructuring and Insolvency based in Johannesburg.

He holds the degrees of BA LLB from the University of Cape Town.  After completing his articles with the firm Andrew was admitted as an attorney in February 1990.  He was appointed a partner in March 1994. Andrew completed the UNISA Advanced Short Course in Business Rescue Practice (with distinction) in 2012.

He has a diverse commercial litigation practice which includes commercial and contractual disputes conducted in both the High Court and by way of arbitration, banking disputes, insurance claims and advising on administrative reviews and public law issues.  He has also dealt extensively with issues relating to business rescue, insolvencies, schemes of arrangement and restructurings.