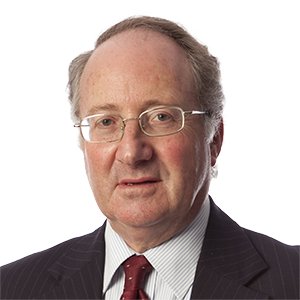 Professor Doctor Michael Dale is a mining lawyer based in Johannesburg.  He focusses on mining, minerals, natural resources, and energy and he heads the firm's mining law team.

His clients include major local and international mining houses and he has advised the mining, upstream petroleum, and construction material industries on mining law and in regard to legislative developments for more than 30 years.  He recently advised Exxaro Resources limited on acquisition of Total Coal South Africa (Pty) Limited from Total SA'

He is the co-ordinating and a contributing author of a book on South African Mineral and Petroleum Law, is a co-author of previous books on mining legislation and practice, has contributed articles to national and international journals, has presented papers at national and international conferences on mining law and has for many years written and currently writes the Mining Law Chapter in the Annual Survey of South African Law.

He was for many years the Chairman of the Mineral Committee and is a Council Member of the Section on Energy, Environmental, Natural Resources and Infrastructural Law of the International Bar Association, the Council's representative on the Section's Academic Advisory Group, and a member of the Editorial Board of the Journal of Energy and Natural Resources Law.  He has from time to time been a member of the Mining Titles Regulations Board of South Africa, of the panel of assessors on the Land Claims Court of South Africa, and of various panels of the Law Society of the Northern Provinces.

In 1983 he introduced 'The Law of Prospecting and Mining' LLB course at the University of the Witwatersrand and has lectured part-time ever since in the LLB and LLM (coursework) degrees offered by the School of Law and in the Post-Graduate Certificate Course and in short courses and seminars on aspects of Mining Law offered by the Mandela Institute.

Professor Michael Dale is ranked as a star individual by Chambers Global for energy and natural resources: mining. The directory sites thatProfessor Dale continues to be regarded as one of the strongest practitioners in this sector and seen by many to be "the expert in South Africa in terms of mining knowledge and a step above everyone else." He is commended by sources for his "turnaround time and attention to detail." One interviewee enthused: "He is a genius - I couldn't describe him in any other way."

He has been listed as a leading lawyer in the financial and corporate space by IFLR1000, 2016.

Chambers Global 2014 states:  "Head of department Michael Dale is lauded for his standout regulatory knowledge and impressive turnaround times.  Universally regarded as a 'very important practitioner in the area', one source remarks: 'I couldn't think of a better epitome of mining law in South Africa.'  Professor Dale is also frequently listed as a leading lawyer, and is a recommended mining lawyer, in Legal500, 2016.