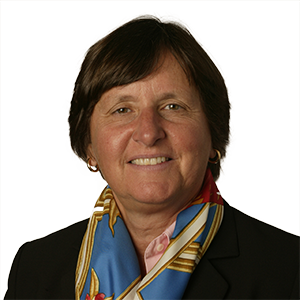 Lista Cannon is Global Co-Head of Regulation and Investigations and is based in London. Lista advises on transnational regulatory investigation and enforcement proceedings, commercial litigation, sovereign immunity issues, risk assessment and transnational commercial disputes. Lista is dually qualified, admitted to practice in England and New York. Lista also practises in the professional indemnity field, representing major law firms and professional accountants in connection with civil and regulatory proceedings. She has a strong banking, finance and arbitration practice through her extensive experience representing multi-national corporations, governments and financial institutions.

Chambers UK 2011 recognised Lista Cannon as having “a good feel for litigation” and “an excellent reputation for international regulatory investigations. Dual-qualified in the UK and the USA, 'she has a unique understanding of the transnational business world, and she's an innovative, commercial, outside-the-box thinker.'”

Legal 500 UK 2012 recognises Lista Cannon as a “highly esteemed litigator” who has “the ability to foresee issues and counter them from the start” as part of a disputes practice which is highlighted for its “ability to grasp and converse in technical subject matter.”

In 2011, Lista won the “Best in Litigation” award at the inaugural International Financial Law Review (IFLR) Women in Business Awards.

Lista is one of seven UK litigation lawyers listed in the “Guide to the World's Leading Women in Business Law” published by Euromoney plc in 2010.