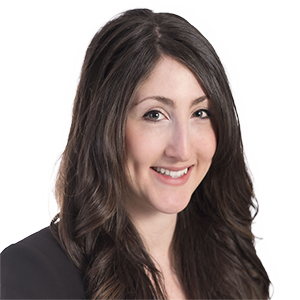 Louise McLeod is an associate in our litigation group, practising general commercial litigation with an emphasis on estates litigation. She assists clients and senior lawyers on a wide variety of matters, including contract and property disputes, negligence issues, wills variation claims, trusts litigation and privacy matters. She has appeared before the BC Provincial Court, Supreme Court of British Columbia and the British Columbia Court of Appeal.

After completing an undergraduate degree at Queen's University, Ms. McLeod attended law school at Thompson Rivers University, earning the Law Society Gold Medal and Prize on graduation. Ms. McLeod completed summer articles with us in 2014. She clerked at the Court of Appeal for British Columbia from 2015 to 2016, after which she completed her full articles in 2016.

Louise has appeared before the Provincial Court, Supreme Court and Court of Appeal for British Columbia.