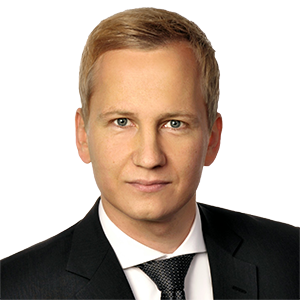 Thorben Schläfer is a dispute resolution and litigation lawyer based in Frankfurt.

He advises and represents clients on banking and finance litigation as well as corporate disputes and trade law conflicts before state courts or arbitral tribunals. He is also experienced in national and international M&A transactions.

Thorben mainly advises clients in the banking and financial services sector as well as industrial and technology companies.

He is admitted to practice law as a German lawyer (Rechtsanwalt). Thorben completed his studies of law at the Philipps University of Marburg and was academic assistant at the Institute for Trade and Business Law. Additionally, he was awarded the Master of Laws (LL.M.) degree on International Business Law by King's College London. Since he finished his legal clerkship at the Higher Regional Court of Frankfurt he works in our Frankfurt office.

Thorben is a member of the German Initiative of Young Arbitration Lawyers (DIS 40).

He is fluent in German and English.

The Art of Dispute