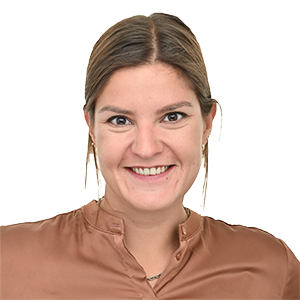 Britt van Breda is a regulatory, compliance and investigations associate in Amsterdam. She regularly advices multinational corporations and financial institutions on a wide variety of regulatory and compliance aspects, including anti-bribery and corruption, anti-money laundering, trade controls, fraud, competition, and conflict of interest. She also has wide experience in advising corporations on data protection and cyber security, including in relation to international data transfers, data security breaches, cross border litigation, big data solutions and consumer analytics.

Additionally, Britt has been involved in sensitive cross-border investigative matters spanning various jurisdictions in Europe, South-America, Africa, Asia and the Middle-East. She has co-led several complex investigations and served as the client strategic legal advisor and project coordinator in dealing with multiple stakeholders within and outside of the organisation. She has also supported clients in enforcement matters involving regulatory and prosecutorial authorities, such as the Dutch public prosecution office (Openbaar Ministerie), the Dutch Fiscal Information and Investigation Service (FIOD), the Dutch tax and Customs Administration (Belastingdienst) and the Financial Intelligence Unit (FIU), as well as foreign authorities such as the US Department of Justice (DoJ), and the UK Serious Fraud Office (SFO).

Britt holds an LL.M. degree in Information Law from the University of Amsterdam. She is the author of various academic articles (published by e.g. Privacy & Informatie, Computerrecht and the Council of Europe's Observatory). She was admitted to the Amsterdam Bar Association in 2017.