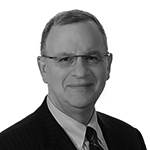 Jeffrey I. D. Lewis is a partner at Norton Rose Fulbright, resident in the firm's New York office.  A chemical engineer and registered patent attorney, Jeff concentrates on patent and trademark litigation, counseling, and licensing, as well as other intellectual property and general litigation.  He regularly represents plaintiffs as well as defendants ─ both at trial and on appeal ─ in a range of technology-related sectors with a focus on pharmaceuticals, chemicals, mechanical/medical-device, biotechnology and life sciences, and has represented pharmaceutical innovators in numerous Abbreviated New Drug Application (ANDA) patent litigations.  Jeff has been lead counsel in several dozen cases before the U.S. federal district courts and other tribunals, often trying them to conclusion, and argued numerous appeals before the U.S. Court of Appeals for the Federal Circuit.

He is a past President of the American Intellectual Property Law Association (AIPLA) and the United States national group of the Association Internationale pour la Protection de la Propriété Intellectuelle (AIPPI), as well as a fellow of both AIPLA and the American Bar Foundation.  Jeff is active in a number of other intellectual property bar associations.  In addition to his work on behalf of clients, Jeff has appeared as Counsel of Record for amicus curiae in numerous cases before the Supreme Court of the United States, U.S. Court of Appeals for the Federal Circuit, and other courts involving a diverse array of issues.

Jeff frequently writes and speaks on intellectual property and litigation issues, and he was an adjunct professor at the Benjamin N. Cardozo School of Law at Yeshiva University from 1999 to 2012.  He received his J.D. from that school, cum laude, and his B.S. Ch.E. from the University of Connecticut.  He also served as an Alexander Judicial Fellow to the Honorable Marion T. Bennett of the U.S. Court of Appeals for the Federal Circuit. Jeff is consistently recognized in Chambers USA: America's Leading Lawyers for Business in the area of Intellectual Property, listed as a "Litigation Star" for New York and a "National Star" for Intellectual Property in Euromoney Institutional Investor PLC's Benchmark: America's Leading Litigation Firms and Attorneys, cited in Who's Who Legal:Patents, and named in Super Lawyers in the area of Intellectual Property Litigation.

In law school, Jeffrey was active in student government and P.A.D., and was an Alexander Judicial Fellow to Judge Marion T. Bennett, U.S. Court of Appeals for Federal Circuit.

During undergraduate, Jeffrey was involved with student government, was the Student Ombudsman and active in Delta Chi and WHUS.

Obtaining US discovery for use in foreign IP proceedings