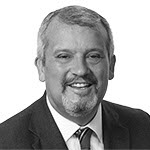 Carlos Ortiz  is a seasoned trial lawyer with significant white collar defense and investigations experience based in the firm's New York office. He uses his prominent 15-year background as a federal prosecutor to assist clients with matters relating to the Foreign Corrupt Practices Act ("FCPA"), high-risk task controversies, off-shore tax issues, anti-money laundering, allegations of fraud against government agencies and financial institutions, and e-commerce, as well as healthcare fraud.

Carlos has a keen understanding of the complexities and nuances involved when corporations and financial institutions need to conduct internal investigations, address issues of corporate governance, or face civil regulatory and criminal exposure. His practice includes advising corporations and their boards of directors and committees in connection with corporate governance and compliance matters.

He has conducted numerous domestic and international internal investigations on behalf of companies in the pharmaceutical, financial services, healthcare, aerospace, energy, and telecommunications industries. Carlos has extensive experience representing U.S. and foreign based corporations, as well as individuals in connection with matters before enforcement and regulatory agencies including the U.S. Department of Justice ("DOJ"), the Internal Revenue Service ("IRS"), the Securities and Exchange Commission ("SEC"), and various State Attorneys General's Offices. These include negotiating resolutions and implementing remedial measures. He also has significant experience assisting companies in efficiently responding to subpoenas, thereby minimizing any disruption to their business operations. Additionally, he has represented accounting firms in grand jury and SEC investigations involving both the preparation of tax returns and their audit practice.

Carlos is recognized in Chambers USA as a leading lawyer in Litigation: White Collar Crime and Government Investigations Law. His white-collar defense practice demonstrates strength in a range of criminal tax proceedings and investigations, for which he has developed a leading reputation. He is described as "the dean of the tax defense practice area - he's the go-to guy."

Carlos is known for his ability to lead and coordinate teams in a wide variety of complex matters affecting corporations and financial institutions, including due diligence related to mergers and acquisitions. He was also part of the team that worked with Senator George J. Mitchell in connection with his independent investigation of performance enhancing substance use in Major League Baseball.

During his tenure as a federal prosecutor, Carlos tried 21 jury trials in federal court, the majority involving criminal tax offenses. He also served as the international coordinator, where he worked closely with the Department of Justice's Office of International Affairs in all matters involving international prosecutions. Carlos was responsible for conceptualizing and leading a global financial investigation resulting in the breakup of a massive international network of internet-based commercial money laundering and child pornography rings. In the course of that investigation, he coordinated the efforts of federal and international law enforcement agencies, banks, and credit card companies. Carlos was honored at the White House by President Bush in May 2005, and received an award from the National Center for Missing and Exploited Children at a congressional breakfast, for his role in leading this ground-breaking international investigation.

He lectures extensively on topics involving the FCPA, criminal tax issues, internal investigations, financial crimes, and trial advocacy in both the United States, Europe and Asia. 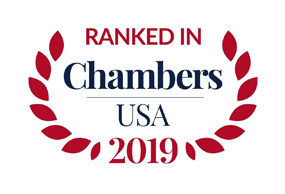 FCPA enforcers reach for the skies