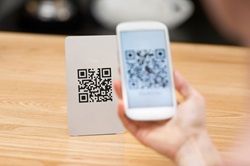 On September 21 2021, Law Decree no. 127/2021 (Decree 127), providing “urgent measures to ensure the safe performance of public and private work,” was published in Italy’s Official Gazette.