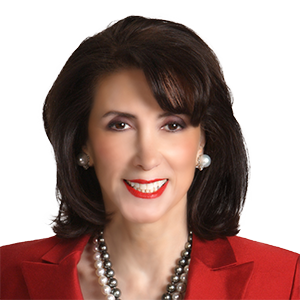 Linda Addison is Past Managing Partner of the United States practice and Past Chair of the US Management Committee.

An exceptional legal strategist and negotiator, she is skilled at resolving disputes and advising clients on how to avoid the courtroom; but when a dispute must be resolved at the courthouse, her peers acknowledge her as the lawyer to handle a "bet-the-company" case.

Linda was profiled in the stories, "Able to Defy Long Odds" and "Tough as Nails."

Linda has more than three decades of experience trying cases in US federal and state courts and before arbitration panels.  She is a member of the American Board of Trial Advocates (ABOTA), and has tried more than 50 cases to judgment as lead counsel. Linda has tried cases involving patent and trademark infringement, trade secrets, breach of contract, business torts, partnership and joint venture disputes, international disputes, securities, common law and statutory fraud, banking disputes, bankruptcy, and debtor/creditor disputes. She also has first-chaired Markman hearings.

Linda is also an experienced arbitrator and has presided over and represented parties in arbitration proceedings. She is a member of the Panel of Neutrals of the American Arbitration Association (AAA) and the International Centre for Dispute Resolution (ICDR), and the AAA's Large, Complex Case Panel of Arbitrators. She has presided over domestic as well as international arbitrations. She has argued appeals before the United States Court of Appeals for the Fifth Circuit, as well as the appellate courts of Texas, including the Texas Supreme Court, where two cases she won made new law.

Linda advises General Counsel, CEOs, and corporate boards on matters involving risk, disputes, litigation, and corporate governance. In the boardroom and the courtroom, her philosophy of early evaluation of risks and corporate exposure produces cost-effective resolution of disputes.

While in law school, Linda was the first woman Managing Editor of the Texas Law Review.

A recognized authority on evidence, Linda has authored a leading book on evidence and has published approximately one hundred legal articles. Linda is the author of the books Texas Practice Guide: Evidence (Thomson West 2013), used by most judges and many lawyers in the State of Texas, and "Chapter 9 - Evidence: Burden of Proof, Admissibility and Objections" of Federal Civil Procedure & Evidence During Trial: 5th Circuit (West 1997).

Linda has been quoted in the New York Times, Wall Street Journal, American Lawyer, Crain's New York Business, Texas Lawyer, Houston Chronicle and Houston Business Journal.  She has been profiled in a variety of publications.

Speaking engagements
Linda is a frequent speaker throughout the United States and internationally.
Memberships and activities
Languages