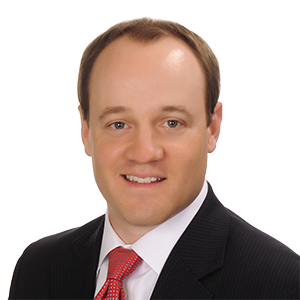 Peter is a partner in the Houston office, where he has practiced since 2010.  He is a seasoned disputes lawyer whose practice focuses on complex commercial litigation involving the upstream, midstream, and downstream sectors of the oil and gas industry.  Peter has experience handling disputes arising from carry agreements, drilling contracts, seismic acquisitions, pipeline construction contracts, transportation agreements, and distribution agreements.  He also has significant experience representing petrochemical facilities in mass tort litigation and private and public condemnors in eminent domain proceedings in Texas.  Peter has represented plaintiffs and defendants in federal and state courts at both the trial and appellate levels.

Peter's representative experience covers a diverse group of clients in a wide variety of disputes.  For example, he has represented an energy client in a commercial case arising from the construction of a deepwater, semisubmersible drilling rig; a Fortune 500 medical device manufacturer in a variety of commercial and tort matters; and a real estate client in a dispute arising from the acquisition of multi-million dollar property in Harris County.  Peter also has experience litigating copyright, trademark, and Lanham Act disputes, and was recently staffed on a trial team that successfully obtained a jury verdict in a Lanham Act lawsuit on behalf of one of the world's largest producers of alcoholic beverages.

Peter loves to advocate on his feet, having conducted numerous special commissioners hearings in Houston and West Texas, and having first-chaired nearly a dozen jury trials in Houston's municipal courts, as well as a week-long condemnation trial in Harris County District Court.

Peter has conducted lectures on pipeline acquisition and condemnation in Texas, and offshore drilling crew safety compliance in the Gulf of Mexico.

While in law school, Peter was an editor on the Boston College Law Review and a member of the Order of the Coif.  He also was a member of Phi Beta Kappa while at Tulane.