As part of our commitment to Reconciliation, the "RAW" Indigenous art and music exhibition is a special evening showcasing the art and music of a select group of Aboriginal and Torres Strait Islander artists.

All artwork displayed is for sale on the night with 100% of the proceeds going to the artists.

This year, we are showcasing twelve artists. Each week we will share more about them: 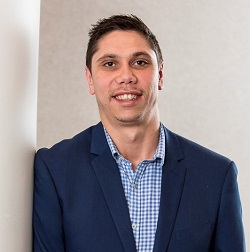 Jyi is a descendant of the Bidjara people in Central Queensland and the Mackenzie clan from the Northwest highlands of Scotland. As an independent Aboriginal artist, Jyi expresses the stories of the Bidjara people and the ancient sophisticated knowledge embodied in those stories. Recurring themes across Jyi’s work is the relationship between the techniques used in traditional practices expressed in a modern way through oil, acrylic and canvas mediums. 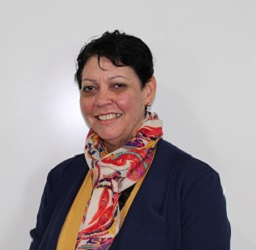 Anna has lived in Brisbane for almost 20 years but she grew up in Yuin country, along the South Coast of NSW, in Moruya and Ulladulla. Anna Connell’s art is a reflection of her perceptions, feelings and emotions and is greatly influenced by her spiritual learning through her Indigenous heritage. She paints by feel and colour and relishes the journey of her artwork as she becomes drawn to certain colours and textures as the story of her artwork unfolds and comes alive before her eyes. 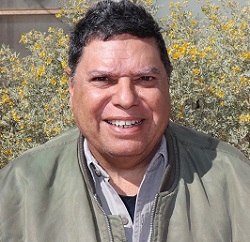 Ampetyane is a senior traditional owner of his country in Central Australia. Past and present elders whom approved his traditional status to his homelands and surrounding areas since 1988 have endorsed him.  In 1989 at a full Central Land Council meeting it was determined that Ampetyane was officially recognised as a traditional owner and his role as  both “Kata” (Owner) and Kuntungulu “Custodian” (Policeman) was recognised through a full Central Land Council meeting at Barrow Creek. 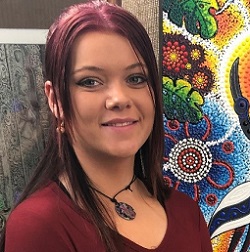 Brooke Sutton is a contemporary Aboriginal artist and a proud Kalkadoon woman from the emu foot province around the Mount Isa area in Northwest Queensland. Brooke has had a passion for painting since she was eight years old and has won various local art competitions and been commissioned for several artworks all whilst still at school. Brooke is a talented young emerging artist who paints her people’s stories which are visually unique in colour, composition and texture. Brooke is already building a reputable client base capturing the eyes of Government departments and collectors from around the world. 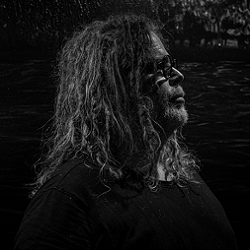 Birrunga Wiradyuri (Robert Henderson), is the founder and principal artist of Birrunga Gallery & Dining and is dedicated to fulfilling his Cultural responsibilities, following and practicing the central Wiradjuri law of Yindyamarra, that is 'to be slow to consider before taking action, to respect, to honour, to be gentle, to be patient, to be kind', a path he readily acknowledges challenges him to grow daily. Birrunga is an international artist and muralist who’s work has been featured in the NSW Gallery Society’s LOOK Magazine, highly collectable and is housed in private collections in Australia and overseas.

Jarryd Lawton is a new young Aboriginal artist, descendant of the Bidjara and Gangalu people in Central Queensland and an active member of the Aboriginal and Torres Strait Islander community. He is the founder of Mujeekah's Inspirational Indigenous Art and his artwork ranges from Emu eggs, acrylic on canvas, porcelain and variations of wood. The majority of his paintings represent family, totems, sporting and life’s journey, plus individualised order paintings such as ancestral stories, family spirit guides or animals. 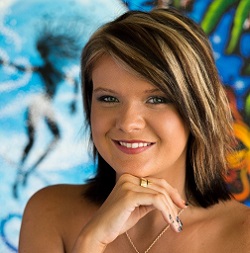 Chern’ee Sutton is a proud Kalkadoon woman and artist from Mount Isa, Queensland. She is passionate about her culture and history and wants to share that with the rest of the world through her art. Her unique style combines two worlds of traditional Aboriginal heritage with a modern contemporary twist which has caught the eyes of collectors around the world including royalty. Chern’ee has one painting hanging permanently on the reconciliation level of Queensland Parliament House, two paintings hanging in The Queensland State Library, two paintings hanging in The Royal Collection in Buckingham Palace and has exhibited her artworks around the world including Hong Kong, Singapore, Tokyo and London. Find out more about Chern'ee here.

Kane Brunjes is a Gunggari, Kabi Kabi man practicing in both public and gallery realms. Through his art practice Kane aims to solidify and represent a visual portrayal of how he views and reacts to the environment surrounding him. Continuing from a rich history of culture, he paints a reimagined vision through a unique and stylised arrangement of dots, lines and patterns. Kane has been an active member of Barambah Pottery working alongside other artists to reignite the creation of ceramic art in Cherbourg.

Please note this is an invitation-only event. For more information about "RAW" exhibition or our RAP working group, contact Leanne Collingburn.