The fall of Boardwalk Empire

Once called "America's Playground," Atlantic City, New Jersey, faced a severe downturn post- World War II through the 1960's. In an effort to revitalize the city, and at the same time produce new sources of state revenue, New Jersey voters in 1976 approved a referendum allowing casino gambling in Atlantic City. Casino gambling triggered an economic boom in Atlantic City for more than three decades. But, as a result of regional competition and the Great Recession, several casinos failed causing Atlantic City's tax base and tax revenue to precipitously decline. Beyond steep declining revenues, Atlantic City faced several lawsuits brought by casinos for hundreds of millions of dollars in tax refunds as a consequence of declining property values and assessments. By the end of 2014, bankruptcy or state takeover were openly discussed and hotly debated.

Although New Jersey's statutes include well-defined state takeover and municipal bankruptcy provisions, either option or any other plan for the recovery of Atlantic City required the political will of all levels of government. Local officials bitterly resisted talk of a state takeover. In early 2015, by executive order, then-Governor Christie appointed an emergency manager team for Atlantic City, with substantial experience in Detroit's bankruptcy. Soon thereafter, the credit rating agencies lowered Atlantic City's general obligation bond ratings to junk status. In August 2015, with input from creditor constituencies, New Jersey enacted changes to its Municipal Qualified Bond Act granting a statutory lien for certain municipal bonds secured by a pledge of state aid revenues appropriated for local municipalities. Notwithstanding the new legislation, by the end of 2015, it was clear that market access for Atlantic City was closed.

The political debates were not quieted. Governor Christie proposed a state takeover of nearly all of the city’s operations, including the right to deal directly with labor unions, dissolve city agencies and sell off city assets. Atlantic's City's mayor and certain state legislators proposed an alternate plan that included substantial state aid and loans, but conditionally allowed the city to retain control. Significantly, neither side offered bankruptcy as a solution, notwithstanding Detroit's apparent successful restructuring under Chapter 9. Officials expressed concerns that an Atlantic City bankruptcy would not only be bad for Atlantic City but for the state and all its municipalities as well since borrowing costs would increase going forward. By early 2016, the emergency manager team had resigned without developing a plan that was accepted by the state or the city.

In May 2016, New Jersey enacted the Casino Tax Property Stabilization Act (Stabilization Act)[1]. The Stabilization Act exempts Atlantic City casino gaming properties from property taxation and instead imposes an annual "Payment-in-Lieu of Taxes," seeking to establish a steady stream of revenue for Atlantic City over ten years. The goal of the guaranteed tax payments is to stabilize Atlantic City’s finances, while removing the burden and expense of defending against the casinos' property tax appeals. Other provisions of the Stabilization Act include, a mandatory payment by casinos of $120 million for 2017, requirement by Atlantic City to formulate fiscal recovery plans approved by the Department of Community Affairs (DCA) and continued direct state oversight via an appointee of the DCA.

Although recent reports indicate that Atlantic City's casinos and the city's general economy are faring better, Atlantic City's recovery remains slow. The city's general obligation bonds are still rated below investment grade, but in 2017 it did manage to sell $68 million of tax appeal refunding bonds with the enhanced protections of the revised Municipal Qualified Bond Act. Most recently, $49.2 million in deferred contribution refunding bonds were sold by the DCA (rather than the city itself) to finance pension and healthcare contributions to Atlantic City's employees that were deferred in 2015 during the city's budget crisis.

No longer "Insurance Capital of the World"

For almost two centuries many of the largest insurance companies were headquartered in Hartford, Connecticut, contributing to Hartford's sustained economic growth until the 1950's. As the insurance companies grew, so did the demand for its labor force making Hartford a popular place to live and work. However, by the end of the twentieth century as a result of mergers and corporate downsizing few insurance companies remained in Hartford, causing a steep decline in insurance industry employment and related tax revenues. The post -World War II flight to the suburbs didn't help, as Hartford experienced a population decrease of over 30% from 1950 until 2014, exacerbating Hartford's declining tax base.[2] These events coupled with Hartford's reliance on state payments to cover the city’s tax-exempt properties, led to rising deficits and underfunding of the city's pension funds, without the ability to access the capital markets. By the beginning of 2017, Hartford's mayor demanded more that $50 million in state assistance to balance the city's budget. Soon thereafter, credit rating agencies downgraded the city’s general obligation debt ratings to "junk" status.

For the first ten months of 2017, Connecticut state legislators quarreled over its state's budget. One major sticking point was to what extent, and by what means, should state assistance be provided to Hartford. The stalemate surpassed the state's budget deadline of June 30, 2017, forcing Connecticut to operate without a budget for an unprecedented 123 days. During the summer and fall of 2017, city officials hired bankruptcy professionals and wrote to Governor Malloy that without a state budget with sufficient assistance to Hartford, it would seek permission from the Governor to file for bankruptcy, as prescribed by state law. Throughout this time, major creditors actively engaged state legislators and government officials, proposing restructuring alternatives and legislative solutions.

Finally a budget: A legislative compromise

After months of intense and round-the-clock negotiations, in late October 2017, legislative leaders of both parties announced a compromise two-year budget for the state that was developed without input from the Governor's office. After the Governor threatened a veto, the new state budget was finally enacted on October 31, 2017, incorporating suggestions from creditors.

Notably, Bill 1502 established two new forms of state assistance for Hartford. First, the legislation set aside $28 million for each of fiscal years 2017-18 and 2018-19, for general aid to fiscally distressed localities. Legislative leaders of both parties announced that they anticipated Hartford would receive approximately $20 million of the $28 million to be distributed. Second, at the discretion of the MARB and satisfaction of certain conditions, Hartford would be able to receive up to $20 million in the form of "contract assistance" for fiscal 2017-18, with terms to be negotiated between the city and the MARB. In addition, Bill 1502 empowered the state to, under certain conditions, grant other forms of contract assistance to tier III and IV municipalities, including the assumption of all or a portion of the municipality's debt service obligations.

State legislators, Republicans and Democrats alike, immediately cried foul; insisting that assumption of $550 million of Hartford's debt was not part of the legislative compromise that resulted in the enactment of Bill 1502. Connecticut's cities criticized the agreement as an unfair bailout as well. The groundswell of criticism led to a new bill in the state legislature, Bill No. 528, limiting Hartford's assistance to five years unless extended by the legislature, and removing the executive branch's unilateral power to enter into contract assistance agreements in the future. Although Bill 528 passed both the state assembly and senate by substantial margins, on June 14, 2018, the Governor vetoed the "bailout limitation" bill. As the legislature did not have the necessary votes for an override, the Governor's veto was sustained on June 25, 2018.

It is axiomatic that consistent market access is crucial to a governmental entity's ability to be self-sufficient and is the best indicator of whether a municipality is genuinely restructured for the long-term. Several months after Detroit's bankruptcy, credit rating agencies upgraded the Detroit's' credit rating to investment grade. Recently, a few weeks after Michigan officials announced that Detroit had emerged from state oversight, city officials indicated that Detroit has plans to issue general obligation debt based on its own full faith and credit, and would propose a plan to streamline their debt-service obligations over the next ten years.

In contrast, Atlantic City's credit ratings are still below investment grade. While New Jersey's state-assisted solution arguably provides Atlantic City with stable revenues and substantial state assistance, Atlantic City still needs to demonstrate to the capital markets that it has the economic wherewithal to incur general obligation debt on its own, and most importantly that it can timely repay all its debts.

Hartford's recent restructuring of all of its general obligation debt demonstrates that with the requisite political will and political power states can formulate solutions to assist troubled municipalities to restructure without bankruptcy. However, such fixes are intensely political in nature and are entirely dependent on the will of government officials and representatives. But for the veto by a lame duck governor, Hartford's long-term restructuring was nearly thwarted by legislation proposed a mere six months subsequent to the enactment of Bill 1502. Politicians' and public support for Hartford's bailout could erode as time passes. Political proponents of the "bailout," however, can point to Hartford's current strong credit ratings which arguably benefit the state and other Connecticut municipalities for continued support of the city's restructuring. Conversely, opponents can argue that, notwithstanding the state bailout, Hartford's pensions remain substantially underfunded.

Only time will tell if New Jersey and Connecticut have succeeded in their goals of a sustained restructuring for Atlantic City and Hartford.

The opinions expressed are those of the authors and do not necessarily reflect the views of Norton Rose Fulbright US LLP, its clients or any of their respective affiliates. Members of Norton Rose Fulbright US LLP represented and still represent parties actively involved in the restructurings discussed herein. This article is for general educational purposes only and is not intended to be and should not be taken as legal advice. 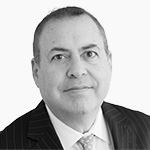