From 26 April 2017 Victoria’s new reforms for domestic building work dispute resolution will “go live”. These reforms are a key element of the Victorian Government’s consumer protection building reform package, as set out in the Building Legislation Amendment (Consumer Protection) Act 2016 (Vic).  Many of the reforms in that Act commenced operation in 2016.  The reforms starting on 26 April 2017 provide for a new regime for domestic building dispute resolution.

A party wishing to refer a dispute to conciliation should first take reasonable steps to resolve the dispute. A dispute may be rejected as not suitable for conciliation if this has not been done.

As part of the conciliation process, the chief conciliation officer can issue a stop work notice requiring the builder to stop work for up to 30 days (with the potential to extend for up to a further 30 days) where appropriate (for example to preserve evidence relevant to the dispute). The period during which the stop work notice is in effect is not to be counted in the period for completion of the work under the domestic building contract and an extension of time will need to be granted accordingly.

The chief conciliation officer can also direct an assessor to inquire into a domestic building work dispute and report on whether domestic building work is defective, incomplete or non-compliant. Assessors will have powers to enter building sites, examine building work (including demolishing and cutting if reasonably required) and to require persons at the site to provide information, documents and assistance.  A party can be required to pay the assessor’s costs of inquiring and reporting, if they failed to participate in the conciliation conference and the building work is found to be defective or incomplete.  If assessors identify any contraventions of the Building Act 1993 (Vic) or any regulations under that Act they must also provide a copy of their report to the Victorian Building Authority (VBA), and may also notify the relevant council and relevant building surveyor.  An assessor’s report is admissible in evidence in any subsequent VCAT or other legal proceeding, and also in any disciplinary proceeding against a building practitioner.

Consistent with the consumer protection focus of the reforms, the conciliation process will be available to subsequent building owners, even though they were not the party who entered into the domestic building contract with the builder.

The new conciliation process will play a much larger role in domestic building dispute resolution in Victoria then the current BACV process. The new powers of the chief conciliation officer will improve the ability of regulatory authorities to intervene on behalf of consumers and ensure that defective and incomplete building work is fixed.  We recommend that forms of domestic building contract also be updated to address the new grounds for extensions to the program and grounds of termination in particular (including to address the cost consequences of each occurrence). 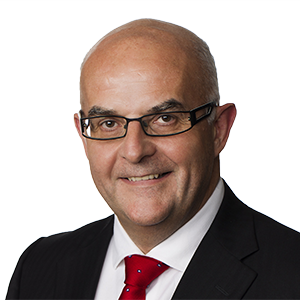