New legislation has commenced in NSW requiring all local councils in the Sydney area1 to establish local planning panels for their local government areas by March 2018 (Planning Panels Act).2 This update provides further details about these changes and the timing of their implementation.

Mandatory local planning panels are being introduced to "bring expertise, transparency and integrity"3 to the assessment of development applications (DAs) at a local level. Independent expert panels have been used for several years by some councils, for example, Wollongong, Sutherland and Lane Cove Councils. Liverpool Council is a particular example where its independent expert panel has been operating since 1997.4

Under the new provisions, where a local planning panel has been constituted, councillors cannot exercise any consent authority functions. This includes, for example, determining a DA or modification to a DA. Instead, those functions sit with either the local planning panel, a delegated council officer or the joint regional planning panel (JRPP). In addition, the Minister for Planning (Minister) can direct local councils (through section 117 directions) as to which DAs are to be determined by an local planning panel, other than those DAs that already sit with a JRPP.

It is proposed that the local planning panels will be comprised of three independent persons:

The Minister for Planning, Anthony Roberts, said that the local planning panels would establish "a transparent and accountable process in place when assessing DAs of significant value, where there is a conflict of interest for the council or developer, or when they are of a sensitive nature".

Although some argue that local planning panels will strip local councils of their decision making powers from elected councillors, others in the development industry have welcomed the panels.  For example, the Urban Taskforce agrees that the compulsory establishment of local planning panels will "ensure a level playing field for everyone. Having a central pool of experts will also ensure effective use of resources and that all panel members will have up to date knowledge of the planning rules".7

The Planning Panels Act also introduces changes to JRPPs, which have not yet commenced. Schedule 4A of the Environmental Planning and Assessment Act 1979 sets out the classes of development which are to be determined by a JRPP. This is to be repealed and replaced by Schedule 7 of State Environmental Planning Policy (State and Regional Development) 2011. This will mean that the JRPP development thresholds can be changed without an act of NSW Parliament.

The primary changes are:

In that case, the NSW Court of Appeal declared a staged development consent invalid on the basis that:

That decision prompted the NSW Department of Planning and Environment to release a draft bill which allows development impacts to be considered at the 'Stage 2' development consent phase, rather than the concept approval stage, and enables a concept only DA to be followed by a single DA for construction. The draft bill was passed through NSW Parliament on 8 August 2017 without amendment and has now commenced.

Please contact a member of our environment and planning team for more information.

Ministerial Media Release: The Hon. Anthony Roberts, IHAPs to be introduced for all Sydney councils (8 August 2017) NSW Department of Planning and Environment 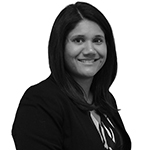