How can a Company with an IPO value of a billion dollars file for insolvency a mere seven months later? The financial collapse of global oil trader OW Bunker group will result in the re-writing of risk management manuals. It also poses some wider questions for D&O insurers, directors and regulators.

The broader impact to the market and message for regulators was summed up by Carsten Borring, head of listings and capital markets at Nasdaq OMX in Copenhagen “Surprises like this are poison to the stock market…. the stock market depends deeply on the relationship of trust between investors and companies”.

What opportunity does the market have to avoid this kind of surprise given the self-regulatory nature of IPO processes?

OW Bunker was a market leader in the business of marine bunkering, which involves a complex web of procurement, credit and physical supply arrangements. Marine fuel suppliers hand over product worth hundreds of thousands of dollars knowing it will promptly be removed to the high seas to be consumed by a ship whose owners are of unknown creditworthiness. A number of traders are typically involved in a single supply. Security for payment depends in part on retention of title arrangements. The legal viability of those arrangements has fallen into disarray with maritime nations in courts around the world including Canada, Singapore, England, the US and Australia coming to conflicting conclusions on the enforceability of the maritime liens of suppliers of marine fuel.

That was, however, not the problem that finally sank OW Bunker group. It has merely created havoc for its customers.

OW Bunker group disclosed, two days before declaring insolvency, that it had suffered a loss of USD 275m through a Singapore based subsidiary, compounded by a “risk management” loss. The so-called “risk management” loss is thought to be derivative trading losses. In the months following the IPO the price of oil had suffered sustained falls; however this in itself can hardly have been a threat to the existence of a commodity trader that has taken physical positions within operating limits and hedged appropriately. In fact any movement in the market presents a trader with the opportunity to make money.

While the activity of the subsidiary concerned in what appear to have been excessive off book transactions is under investigation, it is too early to say whether such operations or the actions of individuals will amount to fraudulent or criminal conduct. The investigation is likely to reveal management reporting and monitoring failures. Any liability of the company’s officers for such failures may fall within typical directors’ and officers’ (D&O) insurance. D&O policies generally cover any claims against officers in their capacity as such subject to certain exclusions. A common exclusion is the ‘conduct’ exclusion relating to deliberate dishonesty or fraud as well as the misuse of information or position.

In this instance, it may transpire that risk management procedures were fully complied with, but the operations of the subsidiary stood outside the standing instructions for credit limits and the trading of derivatives. It remains to be seen whether the conduct of any officers crossed from mere negligence into the territory of deliberate dishonesty. In Australia at least, the courts have set a relatively high bar for establishing dishonesty. This is likely to be a matter closely monitored by insurers. The severable nature of D&O policies (provided the policy contains a robust severability and non-imputation clause) should also protect any innocent officers.

Although uncommon in Australia, insolvency and ‘insured v insured’ exclusions may also restrict cover if any claim is connected to the insolvency of OW bunker or a breach of an officer’s duty to the company. Further, separate public offering of securities insurance (POSI) may have been effected in connection with the IPO. Such insurance will take precedence if any claim relates to conduct connected to the IPO, such as a failure to adequately disclose the activities and exposure of OW Bunker’s subsidiaries.

These and many other issues are likely to confront any insurers faced with a claim arising from the OW Bunker collapse. Given the company’s insolvency, the likely insurance position will also be highly relevant to investors, banks, advisers and any other stakeholders looking for a ‘pot of gold’ from which to recoup their losses. Litigation funders or others seeking to launch a class action will also be interested in the insurance situation.

Australia and a number of G20 nations have introduced derivative transaction reporting rules which require such hedging transactions to be reported to a trade repository. The intention behind the rules is to enable regulators to assess risks developing in markets and with respect to systemically important dealers. The rules have also provided useful to regulators in market misconduct investigations and in pursuing market integrity policy objectives. However the rules do not differentiate between speculative and true hedging transactions (where the party holds the underlying exposure). Therefore the new rules are unlikely to assist in preventing or even observing risks developing in a trader as a result of speculation. This hedging verses speculation distinction has long been relevant to questions of ultra vires. Some users are prevented by their constituent instruments or law in some countries from entering into derivatives other than for hedging purposes. Even in such cases (or in cases where true hedging may have been intended), speculative risks have developed and caused defaults and insolvencies despite counterparties attempting to verify the type of hedging being entered into. It is unlikely the new reporting regime will increase transparency of risks developing for individual traders or indicate whether they hedge or speculate.

OW Bunker appears to have succumbed to three factors in quick succession – (1) a fall in the price of the single commodity it traded, (2) imprudent derivatives activity and (3) the losses of an unsupervised subsidiary. Such factors not only can but will recur. The OW Bunker story is striking because it shows current market and regulatory mechanisms failing to prevent such an implosion. Which makes it all the more important for directors, regulators, insurers and advisers to mark and learn from it.

This article first appeared in Lloyd’s List Australia on 28 April 2016. 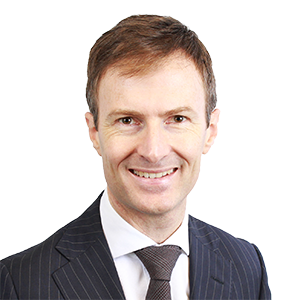