While the ultimate global aim is zero-carbon green hydrogen, there is a key role for every other colour of production in the construction of a hydrogen economy.

Hydrogen is not new to the energy sector. Production and use of black, grey and brown hydrogen, as categorised by the IEA in its 2019 report, The Future of Hydrogen, from traditional methods using coal, natural gas and lignite, respectively, have existed for some time.

There are also a number of existing opportunities for first movers to position themselves for what is likely to be rapid growth in the commercialisation of cleaner hydrogen using blue hydrogen from natural gas reformation and green hydrogen from electrolysis of water. While the current focus is on cleaner hydrogen to decarbonise the energy sector, with much debate over the benefits of blue versus green, production types across the full spectrum of colours have a key role to play in the transition.

Existing black, grey and brown hydrogen production and use cases do not support the decarbonisation of the global energy sector. However, they do provide important opportunities to overcome some of the key barriers to a cleaner hydrogen economy and upscaling.

Importantly, these existing projects provide opportunities to switch in cleaner hydrogen as part of feasibility or pilot studies in the short-term. This will enable detailed studies into matters such as production, transportation, storage and integration using existing hydrogen projects and transportation networks.

Green hydrogen presents the ideal long-term solution for producing low-carbon hydrogen but it is currently considered too expensive.

These projects will also be facing the ongoing and increasing scrutiny of the public as the importance of a social licence to operate these businesses takes centre stage. Lessons learnt in relation to hydrogen from existing production, transport, storage and use cases will be key to supporting the development of community engagement strategies at both a policy and business level to promote best practice in this area.

Green hydrogen presents the ideal long-term solution for producing low-carbon hydrogen but is currently considered too expensive by the market. While the cost of electrolysers to produce green hydrogen is expected to fall materially over the next decade, blue hydrogen can support early investment and early market growth in the interim as a cost-effective lower carbon alternative to black, grey and brown. Early adoption of blue hydrogen will also help regulatory regimes refocus to support viable development pathways for green hydrogen.

Regulatory uncertainty can inhibit investment and reduce competition for businesses and projects looking to establish themselves in the hydrogen transition. Lack of harmonisation, clarity and transparency are typically cited as key barriers to market entry and the scaling-up of a decarbonised hydrogen economy in many jurisdictions.

To expedite investment for hydrogen production technologies, project development and new-market entrants, approvals and certifications need to be awarded with a standardised approach to conditionality and increased procedural fairness. Regulatory regimes will need to be sufficiently flexible to cope with the pace of industry change and the corporate strategies driving hydrogen developments so that growth is not inhibited by policy rigidity or uncertainty.

Stable and consistent reporting and governance regimes are also critical to facilitating investment in hydrogen technologies if we are to successfully leverage existing hydrogen expertise to transition to an increased uptake of decarbonised hydrogen and overall upscaling.

Efforts should be made to ensure clear business reporting and governance requirements that align with an end-to-end, whole-of-value-chain, integrated regulatory framework that recognises the impact in multiple industry areas including energy, infrastructure and transport as well as recognising broader economic drivers such as jobs.

Consideration should also be given to the harmonisation with carbon reporting standards both at domestic and international levels, linking this to established best practices while drawing on past experiences and errors.

As hydrogen opportunities are being actively pursued by investors, such measures will provide investment certainty, helping bring private sector investment into the hydrogen market more quickly.

Before the transition to blue and ultimately green hydrogen can gain significant momentum, it is essential to build community trust in hydrogen technologies. A serious health, safety or environmental incident could undermine the business case for hydrogen investment and set back the transition to a decarbonised hydrogen economy.

A number of concerns have been raised in relation to carbon capture utilisation and storage (CCUS) on which the scaled production of blue hydrogen relies. These include whether CCUS may indirectly raise the potential for earthquakes or contaminate freshwater aquifers. The amount of energy required to implement CCUS and the cost to do so are also of concern, alongside a need to locate adequate storage locations. Other concerns include long-term liability associated with carbon leakage and ownership of carbon once injected.

There are also concerns associated with using desalination plants to produce water for electrolysis, which is integral to the production of green hydrogen. These include concerns over energy consumption; environmental impact (e.g. management of waste saline concentrates, disposal of large quantities of membrane modules); and the lack of a centralised repository of information pertaining to the use, performance and lessons learnt from existing desalination plants.

Methods of increasing community acceptance (many of which have already been implemented in the leading hydrogen markets) would include clear and consistent communication of the risks, costs and benefits associated with hydrogen; establishing appropriate health, safety and environmental frameworks; launching community engagement initiatives; managing expectations and communicating realistic times about the scaling-up of hydrogen; and the use of case studies and pilot projects to build confidence in the use and production of hydrogen as well as using existing infrastructure developments with strong social licences as flagship demonstration sites to advance community engagement strategies.

Currently, the scaling-up of hydrogen presents a significant challenge from a cost perspective as it is very capital-intensive. According to the Hydrogen Council, approximately $280bn is required in global investment to fully realise hydrogen’s potential on the path to decarbonisation.

Existing oil and gas infrastructure which can be reused or repurposed, as well as renewable resources such as solar and wind farms, provides a potentially competitive advantage to stakeholders that are prepared to invest capital to gain first-mover advantage and lead the technological developments required to upscale.

A pertinent example is north-west Europe, where attention is shifting to the efficient conversion, storage and utilisation of power generated offshore at the North Sea wind farms through electrolysis into hydrogen. Making use of local wind resources substantially increases security of supply, compared to imported options such as generating green hydrogen from solar PV in places such as the Sahara, the Mid-East Gulf area or Australia.

In the North Sea, hydrogen conversion could take place on retired oil and gas platforms located near wind farms and, in the longer term, on artificial islands connecting the wind farms to a centralised power hub via alternating current cables using the ‘hub and spoke’ concept. One such plan is the North Sea Wind Power Hub project, aiming to be operational by the early 2030s.

Efforts should be made to ensure clear business reporting and governance requirements that align with an end-to-end, whole-of-value-chain, integrated regulatory framework.

Creating an island would allow the hydrogen conversion to take place at the source of energy production, avoiding substantial losses between wind farms and the conversion location. The disadvantages of offshore conversion are storage constraints and the potential for high transportation costs to shore if existing pipeline networks are unavailable.

Existing natural gas pipeline networks can be used to transport hydrogen. In Leeds, England, the H21 programme aims to decarbonise the city’s natural gas supply through the conversion of the existing gas grid to carry 100pc hydrogen. Similar projects are underway in Australia as part of the development of the National Hydrogen Strategy, allowing up to 10pc hydrogen (by volume) in the domestic gas network, for use in place of natural gas and to provide at-scale hydrogen storage. Injecting hydrogen into the current gas network in this way will help generate demand, with the potential to spur further investment.

The very fact that we use hydrogen for multiple purposes in the current economy means there is much work that can be done to pave the way for upscaling of a cleaner hydrogen economy. Of the various barriers to upscaling the hydrogen economy, three key short-term areas of focus are policy reform, community engagement and infrastructure re-use.

Specifically, harmonising and adapting existing regulatory regimes for increased physical and market penetration, demystifying public perception and concerns relating to hydrogen and utilising existing infrastructure to reduce the capital costs of commercialisation are three key areas for development that will provide a stable platform from which blue and green hydrogen can take hold and, ultimately, create increasingly sustainable supply chains and greater decarbonisation of the energy sector globally. 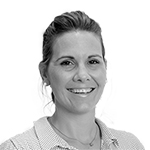