A recent decision involving the dismissal of a rabbi by the voluntary administrators of a synagogue confirms there is no automatic right to terminate contracts available to administrators.

In the matter of South Head & District Synagogue (Sydney) (Administrators appointed)1 concerned a dispute regarding the application of the collective body of orthodox Jewish religious laws known as 'Halacha' to the employment contract of a rabbi. One such law was that of 'Hazakah', which provides that once appointed, a rabbi is entitled to remain in his position for the tenure of his life.

This meant that, other than by agreement or by a decision of a 'Din Torah' determining that a rabbi failed to perform his fundamental duties, a rabbi’s employment could not otherwise be terminated.2

The Court accepted that the above principles had been incorporated into the rabbi’s contract. It then went on to consider what that meant for the purported termination of the contract by the administrators.

The administrators’ right to terminate the contract

Brereton J further observed that although the rabbi may be relegated to a claim for damages in a winding up, there was no reason to discount his rights during administration any more than the Corporations Act 2001 (Cth) (Act) required. None of the temporary protections afforded during administration excused the company from performing its contracts.4

Given the above, the Court held that in dismissing the rabbi, the administrators were required to comply with the rabbi’s employment contract.  This meant that, in the absence of a determination by a 'Din Torah', that there had been a fundamental failure by the rabbi to perform his duties as required under the contract, the administrators purported dismissal of the rabbi was unlawful and amounted to a repudiation of the contract.

While the repudiation of a contract in such circumstances will usually be accepted by an employee (in which case the contract will be at an end), it is open to the employee to instead affirm the contract. In that case, the contract remains on foot, and while the employee will not usually remain entitled to remuneration (as generally no service will be rendered),5 they "may be entitled to other contractual benefits, and to resume employment without a new contract if the employer changes its mind".6

In this case, the rabbi took the unusual step of electing to affirm his employment contract in response to the administrators’ repudiation. Having done so, the rabbi sought an injunction preventing the administrators from giving effect to his purported dismissal and from interfering with the performance of his duties.

As to the nature of the injunction sought, the Court considered its effect was not to specifically enforce a contract of personal service (in which case the Court would be reluctant to make such an order). Instead, it operated to simply restrain the administrators from giving effect to their decision to dismiss the rabbi, which was held to be wrongful.

Targeted specifically to the administrators’ unlawful termination of the contract in this way, the injunction sought would not prohibit the contract from otherwise being terminated on fresh grounds in accordance with its terms.

Finally, the Court considered whether the company's administration had an impact on granting an injunction. The Court was primarily concerned with the implications of making an order restraining the administrators from interfering in the performance of the rabbi’s duties, which would effectively require the company to continue paying remuneration to the rabbi in circumstances where it did not have the means to do so.

Ultimately, this issue fell away due to the rabbi undertaking to waive his entitlement to remuneration for what effectively amounted to a three week period. While this was not a long time, it was sufficient to see the administration through to the second meeting of creditors, a fact Brereton J found was not "without significance".7

Even absent the rabbi’s undertaking, an injunction may have been granted by the Court. Of significance was Brereton J’s determination that if the administrators could not pay the rabbi’s remuneration his remedy "would not lie in contempt, but (as with any other unpaid employee) in an action on the contract for unpaid remuneration".8

Any such action for unpaid remuneration would be stayed during the administration under section 440D of the Act. This meant the immediate impact of an injunction on the company’s financial position was minimal.  In the event the company could not pay rabbi’s remuneration, this would simply give rise to a claim for unpaid arrears provable in either the winding up of the company or under a deed of company arrangement (DOCA).

While the case involves fairly unique and unusual circumstances, it has broader application than its facts might suggest.

In particular, it serves as a timely reminder that an administrator’s ability to walk away from any contract is no different from that of the company. Before purporting to terminate any contract, administrators should carefully review the terms of the contract and appreciate that purporting to terminate a contract in breach of its terms may amount to repudiation of the contract.  If the counterparty rejects the termination and affirms the contract, an injunction restraining the administrator from giving effect to the wrongful termination may be obtained.

Should an injunction issue in those circumstances, the administrator will be restrained from giving effect to the termination. However, the administrators should not be held in contempt of court if the company’s financial position does not allow performance of its part of the contract.  In that case, a claim under the contract provable in a subsequent liquidation or DOCA will instead arise.

In weighing the balance of convenience and fashioning the terms upon which an injunction may issue in such circumstances, it therefore seems a distinction will generally be drawn between:

A Court is much more likely to make orders to the former effect than the later. Given administrator personal liability, it remains conceivable that orders to the later effect could be made.  However, the fact an administrator is required to meet the cost of performing the company’s part of a contract personally, due to there being insufficient resources in the administration otherwise, is a factor likely to weigh heavily against granting such an injunction when considering the balance of convenience.

Although see the effect of an injunction restraining administrators from interfering with the performance of an employee’s duties as discussed below. 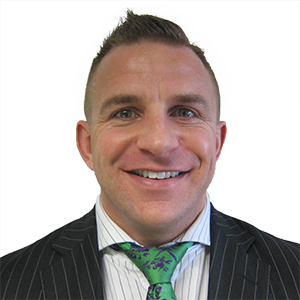