In Maxcon, the High Court, in dismissing the appeal, held for the reasons expressed in Probuild that the Building and Construction Industry Security of Payment Act 2009 (SA) ousts the jurisdiction of the Supreme Court of South Australia to quash an adjudicator's determination for error of law on the face of the record that is not a jurisdictional error.

The Probuild and Maxcon decisions are consistent with the purpose of the ‘East Coast’ security of payment legislation in Australia, being to ensure that any person who undertakes to carry out construction work under a construction contract is entitled to receive, and is able to recover, progress payments in relation to the carrying out of that work. The legislation is designed to allocate financial risk away from the contractor using an interim dispute resolution procedure, rather than conclusively determine the parties’ rights under a construction contract.

The Probuild and Maxcon decisions cement the previous appellate-level findings that judicial review of security of payment determinations is limited to circumstances of jurisdictional error in New South Wales and South Australia. The position is likely to be the same in Queensland and Tasmania, on the basis that there is no material difference between the supervisory jurisdiction of the Supreme Courts and the security of payment legislation in those jurisdictions.

In Victoria, however, it is arguable that judicial review of an adjudicator's determination for non-jurisdictional error of law on the face of the record is still available due to the operation of section 85(5) of the Constitution Act 1975 (Vic), which is not replicated in New South Wales or South Australia.1 It remains to be seen whether the Probuild and Maxcon decisions will be distinguished in further proceedings originating in Victoria.

What is ‘jurisdictional error’?

To date, a number of errors made by adjudicators under the security of payment legislation have been identified by judges as jurisdictional in nature. To take a notable example, it is a jurisdictional error if an adjudicator wrongly determines that a ‘reference date’ exists for the making of a valid payment claim – so if no reference date existed, the adjudicator’s determination will be void.4

Facts and history of the Probuild proceedings

Shade Systems obtained a favourable determination as the adjudicator determined that Probuild could not apply liquidated damages prior to the date of practical completion under the relevant construction contract.

Probuild appealed this determination to the NSW Supreme Court, seeking an order for certiorari under section 69(3) of the Supreme Court Act 1970 (NSW). The appeal was heard by Emmett AJA, who made the order sought by Probuild on the basis that the adjudicator’s determination contained an error of law on the face of the record.5 Emmett AJA held that the NSW Act contained no privative provision in relation to the Court’s jurisdiction to order certiorari and that various leading authorities in NSW on this issue did not in fact bind him.6

Shade Systems appealed Emmett AJA’s decision to the Court of Appeal, which found in favour of Shade Systems.7 The Court of Appeal determined that the NSW Act provides a coherent, expeditious and self-contained scheme for resolving payment disputes which would be undermined if certiorari for a non-jurisdictional error of law (whether ‘on the face of the record’ or otherwise) were permitted. The Court of Appeal affirmed that appeals remained available for jurisdictional error in accordance with Kirk and Chase Oyster Bar.

Probuild then sought, and was granted, special leave to appeal to the High Court.

Each of the justices agreed with the decision of the Court of Appeal and dismissed Probuild’s appeal. The plurality judgment was given by Kiefel CJ, Bell, Keane, Nettle and Gordon JJ. Gaegler and Edelman JJ agreed with the plurality, although each gave their own reasons for doing so.

In brief, the plurality followed the reasoning of the Court of Appeal, holding that:

The High Court’s decision confirms that the transfer of financial risk from the contractor to the principal that typically results from the adjudication process is not ‘absurd’, but rather ‘the coherent application of a statutory choice of forum rule’.9 This conclusion is obviously policy-minded and accords with observations previously made by Keane JA (as he then was) along similar lines.10

Additionally, the High Court’s decision is entirely consistent with the state of the leading authorities in NSW. It is necessarily correct that adjudicators are empowered to determine questions of both fact and law under the NSW Act despite the fact, as Aronson et al note, that adjudicators do not appear to be inferior courts for the purposes of the dichotomy set out in Craig.11 In light of this, and as noted by Gaegler J in his concurring judgment, the security of payment regime would be internally inconsistent and unworkable if it empowered adjudicators to decide questions of law but simultaneously allowed such decisions to be overturned if they had been incorrectly made.12

It should also be noted that the High Court, in Maxcon, determined that a contractual provision conditioning the release of retention monies held under a subcontract upon the head contractor obtaining an occupancy certificate for the entire project, constituted a ‘pay when paid’ provision under the South Australian security of payment legislation. This was because the subcontractor’s scope did not include obtaining an occupancy certificate such that it was only entitled to a release of the retention monies upon the occurrence of a matter unrelated to the subcontractor’s performance of its own contract.

In light of the decision in Maxcon, care should be taken when preparing contract documentation to avoid inadvertently creating an unenforceable ‘pay when paid’ provision, particularly with respect to subcontracts that make the release of retention or payment contingent on the operation of an upstream contract. In those circumstances, based on Maxcon, such a clause is arguably void. 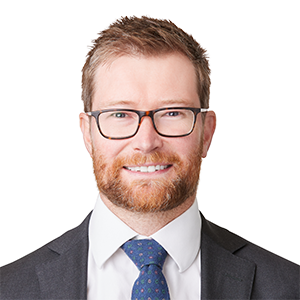 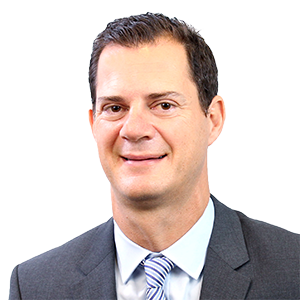