In late March 2017, Cyclone Debbie wreaked havoc on many of Queensland’s iconic holiday destinations, especially in the Whitsunday Region.  Media coverage meant we all watched live as the Cyclone hit and damage was caused to idyllic retreats such as Airlie Beach and Hamilton Island. The damage has forced Daydream Island and Hayman Island to stay closed until mid next year.

With the announcement last week that Prince Charles and the Duchess of Cornwall would be heading to Queensland in April next year for a royal tour and to attend the Commonwealth Games, the sunshine state is once again in the spotlight.  Three months or so after Cyclone Debbie, with the Commonwealth Games on the horizon and with many significant projects planned for the state, we examine how Queensland tourism is now recognised as one of the great hopes for the state’s economy as Queensland once more becomes the focus of hotel and tourism developments.

'With tourism now recognised as one of the great hopes for the state’s economy, now is the time to put in that public investment. The private sector is clearly committed. … [The] value of current tourism development projects in Queensland stands at a staggering $14 billion.  This represents 75 per cent of all of Australia’s tourism projects and makes up a major part of all projected construction activity in the state. Projects cover different sectors, including resorts, accommodation, airports, cruise terminals, attractions, and are distributed across all of Queensland. A bright dawn indeed for our industry!'1

Whilst the Commonwealth Games themselves will next year bring an injection of tourism dollars to the Gold Coast for their duration, developers should now be focusing on the redevelopment opportunities available to them following the Games.  In the same way that Brisbane’s Southbank was transformed following Expo ’88, concentration now needs to turn to the redevelopment options after the closing ceremony.

Some of the significant developments currently planned or underway on the Gold Coast include:2

Brisbane tourism will be transformed by the Queens Wharf development which will result in more than 12 football fields of enhanced public realm. The project is planned to include a casino, sky deck, new hotels, three residential towers, around 50 cafes restaurants and bars and a riverfront moonlight cinema.

Importantly, Queens Wharf is predicted to produce a $1.69 billion annual increase in tourism and attract an additional 1.39 million tourists annually.7 With that number of additional tourists in the area, further hotel accommodation will be required in Brisbane to suit all ranges.  Recognising the need, development is already underway with projects such as Pointcorp’s boutique hotel to be developed in Brunswick Street and operated under the 'Hotel Indigo' brand.

On the other side of the CBD to Queens Wharf, HSW Nominees is undertaking the revitalisation of the Howard Smith Wharves. Under the proposal, existing heritage buildings will be restored and reused to create parkland and open spaces for markets and festivals, a 5 star boutique hotel and exhibition space. The Shayher Group has also commenced construction of the W Hotel at 300 George Street, which will include a hotel tower and retail podium and a residential tower.8 We understand that construction of the hotel is expected to be completed in time for the Commonwealth Games.

A new $100 million international mega ship cruise facility is also proposed to be developed by the Port of Brisbane.  It is expected that the new cruise ship terminal would allow Brisbane to become a major cruise destination and bring 766,260 international and domestic cruise visitors annually to Brisbane and Queensland.9 The project is being progressed through a market-led proposal process.  Last month the Port of Brisbane announced that plans for the terminal have moved a step closer, with an in-principle agreement having been signed with stakeholders on crucial commercial and technical issues.10

Excitingly, there is also currently a market led proposal for a Brisbane live entertainment precinct to be built on top of the Roma Street railyards.  Venue operator AEG Ogden is pursuing the opportunity for the world class sports and entertainment venue which would include a $450 million 17,000 seat arena.11

The Sunshine Coast is now recognised as one of the fastest growing tourism regions in Queensland.

With increased visitors to the region, the Sunshine Coast Airport is planning a $347 million expansion to include a new 2,450m long east-west runway capable of servicing aircraft such as the A330, B787 and B777.  Last year, the Sunshine Coast Regional Council as owner of the Airport ran a tender process to locate an operator for the Airport in which we were involved on behalf of one of the tenderers.  The Council has now signed a deal to appoint Palisade Investment Partners from February 2017 as the new commercial operator.

'Due to the efforts of our staff, we were able to open for business and welcome our first guests back to the Island after a very short remediation period following Cyclone Debbie. The impact of the cyclone resulted in damage to vegetation and the facade of the Island, however no significant structural damage occurred to our hotels and resorts due to their construction to the highest cyclone safety ratings. During the tenure of their ownership, the Oatley Family has invested over $600 million into developing infrastructure and world-class facilities for Hamilton Island and we are continuing with their vision. I have no doubt that Hamilton Island will remain one of Australia’s most cherished destinations and would encourage holidaymakers to return to the Whitsunday region.'

Other significant developments in the region include:

'Queensland has for some time benefited from a strong and resilient tourism industry. Despite being beset by a host of challenges, both natural and macro-economic, the industry always bounces back. Queensland enjoys virtually year-round sunshine, some of the world’s most beautiful and unspoilt beaches, the barrier reef, rainforests and a myriad of other natural wonders. In addition, Queenslanders are warm and hospitable people who complement the State’s natural attractions. There is strong investor interest in Queensland from both domestic and foreign capital. We are on the cusp of witnessing an unprecedented golden period for Queensland tourism with the Commonwealth Games, the Queens Wharf redevelopment, the redevelopment or repositioning of some of our amazing Island resorts, new hotels and brands coming to Brisbane, a low Australian dollar, record numbers of international inbound tourists, and huge domestic tourism growth.'

The sun is indeed again poised to shine on Queensland Tourism. 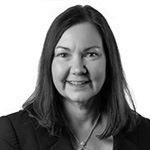