From 1 July 2017, a suite of changes came into effect to streamline Australia’s foreign investment (FIRB) regime.

The new changes to the FIRB regulations are mostly incremental, but will nevertheless assist foreign investors investing in residential land, commercial real estate in CBD areas, student accommodation, aged care and retirement villages, and wind or solar farms. The streamlined fee structure, which is now calculated on consideration payable by the foreign investor, should also reduce the application fee for some of the small to medium-sized investments.

The key changes, which were announced in the Federal Budget 2017-18, are summarised below:

The amendments have introduced a welcome simplification of the fees payable for the notification of business transactions, with the introduction of a three-tier fee structure.

The most significant change to the fee structure in connection with business acquisitions is that fees are now calculated only by reference to the consideration paid or payable by the foreign investor. This differs from the previous regime where the fee was calculated on the higher of the consideration and total asset value of the target business. In our view, the new approach produces a fairer result, such that an equity investor looking to acquire a minority interest in an Australia business will not have its fees calculated based on 100% of the asset value of the target company.

A summary of the new fee structure is set out below:

A lower fee applies in certain circumstances to ensure, for example, that the fee payable is not higher than the consideration for the relevant transaction.

Secondly, applying the higher monetary threshold of $55/$252 million to residential dwellings used for a commercial purpose (such as student accommodation, retirement villages and aged care facilities) should assist foreign investments in that sector.

We released a separate update on the implications of the FIRB changes for developers and foreign property investors, which can be accessed here.

Implications for wind and solar transactions

The amendments introduce a new exemption for foreign investors that already operate or own a wind or solar farm in Australia who are seeking to make further investments in that sector. The further acquisition of brownfield wind or solar farm projects will be subject to a higher monetary threshold of $55 million or $252 million, irrespective of whether the acquisition involves land that may be classified as agricultural land.

The amendments and new Guidance Note 50 also now make it clear that, subject to one exception, the acquisition of greenfield wind or solar farm projects will always require prior notification to FIRB, irrespective of the value of the land or project. The exception is that, if the land is currently being used wholly and exclusively for primary production, a screening threshold of $15 million will continue to apply.

We have released a separate more detailed update on the implications of the changes to wind and solar farm projects, which can be accessed here.

It is disappointing that private equity (PE) and infrastructure funds with passive funding from foreign government sources (such as government pension funds) have not been exempted by the amendments from the foreign government investor regime. However, there are still some welcome changes which will benefit PE investors looking at opportunities in Australia.

Firstly, the introduction of a business acquisition exemption certificate system will allow PE investors to obtain pre-approval in connection with proposed investments in a certain sector or area in Australia. This ensures that foreign investors are not disadvantaged from a timing perspective in participating in a sale process against other local investors in Australia. It remains to be seen whether FIRB will allow the new exemption certificate to apply to a broad investment program, or only investments subject to specific criteria.

The increase to the de minimis threshold for Australian businesses that are part of a global acquisition is also sensible. The previous 1%/$10 million threshold meant the exception was rarely used, as most operating businesses in Australia will account for more than 1% of the global business. The increase to 5%/$55 million threshold will ensure that, where the Australian branch or subsidiary business does not form a significant part of a global business, FIRB notification requirements in Australia will not delay the global acquisition.

Thank you to Sai Ma for her contribution to this post.

For further information about the issues discussed in this publication, please contact your usual Norton Rose Fulbright adviser, or one of the authors of this update.

A $2,000 fee will also apply for foreign government investors for developed commercial land acquisitions under $55 million. 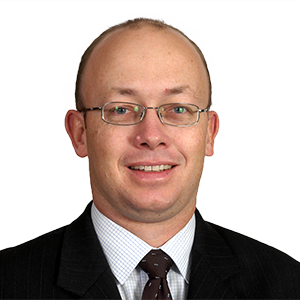 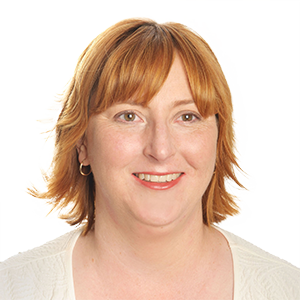