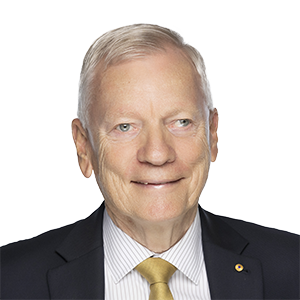 Greg Vickery is a corporate and commercial lawyer based in Brisbane.

A significant presence within his field, Greg brings the insight of over 35 years’ practice across legal territory as diverse as sales and acquisitions of operating mines, complex takeovers, major company reorganisations and public company floats.  Until recently he managed for the firm a major AusAID Facility (AIPEG) to improve economic governance in Indonesia.

Greg has a special interest in mining and resources law.  As a company law professional, he is regularly invited to speak on corporate governance, directors’ duties, ethics and business and human rights.

He is a former President of the Queensland Law Society and was a long term Chair of the Society’s Legal Education Committee as well as being for several years an Adjunct Professor in Law at the University of Queensland. He was from 2005 to 2014 a member of CAMAC the prestigious national committee advising Treasury on law reform matters concerning companies and markets. He is currently the Chairman of Law Council of Australia’s Business & Human Rights Committee.

He is a Fellow of the Australian Institute of Company Directors and has been a director of several companies, including Ergon Energy Retail, the Australian Film Finance Corporation, Queensland Energy Resources and the Australian Red Cross Blood Service.  He is a currently a director of Russo Higher Education P/L. In 2000 he was made a member of the Order of Australia (AM) in 2000 for his services to law and legal education. He has lectured regularly on governance and leadership issues.

For 8 years to 2007 he was the Honorary Consul for Indonesia in Queensland and he remains an active member of the Australian Indonesia Business Council.

He has been a voluntary member of Australian Red Cross for 40 years and served in a variety of roles there. Significantly he served as its National President from 2003 to 2011. He was on the Governing Board of the International Federation of Red Cross & Red Crescent Societies from 2005 to 2011 and he has since 2011 served as a member of the Standing Committee of the Red Cross and Red Crescent, a prestigious international body (and was 4 years its Chairman.) In 2013, he was made an Officer of Order of Australia (OA) for his contribution to governance and leadership of humanitarian aid organisations.