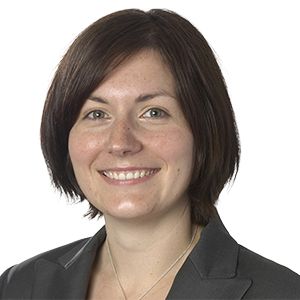 Karli is a restructuring and insolvency lawyer based in Melbourne.

Karli has experience in; both personal and corporate insolvencies, including cross-border insolvency; advising and acting for insolvency practitioners (receivers & managers, liquidators, administrators and trustees in bankruptcy) including commencing or defending proceedings under the Corporations Act 2001 such as voidable transaction claims, applications for extension of convening period and public examinations; acting for and advising financial institutions in secured and unsecured debt recoveries and securities enforcement; advocacy skills including appearances in various jurisdictions (VCAT, Supreme Court of Victoria and Federal Courts) at directions hearings, interlocutory applications, winding up applications and bankruptcy hearings.
Furthermore Karli has previously worked on conducting proceedings across all jurisdictions with senior and junior counsel; litigation drafting skills including drafting pleadings (statements of claim, writs, applications), requests for and responding to requests for particulars, preparing interlocutory applications (including applications for summary judgment), proofing witnesses and drafting witness statements, briefing expert witnesses and briefing counsel; experience in dispute resolution including attending and instructing counsel at mediations and compulsory conferences.
Major transactions
• 2011- current: Acting for the receivers and managers of the CEC Group Limited (and its related entities)
• 2011-current: Acting for the judicial manager of Australian Property Group Pte Ltd
• 2011-current: Acting for the liquidators of Sonray Capital Markets Pty Limited
• 2011: Advising Singapore financer in relation to insolvency risks associated with proposed financing of pre-delivery payments for aircraft purchases by airline carrier