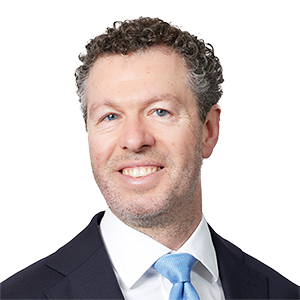 Jeremy Wickens is a commercial-minded, responsive Corporate, M&A and Equity Capital Markets lawyer based in Melbourne.

He is fortunate to have had a rich career over the past 20 years, having been involved in some of Australia's most significant projects and transactions. He has worked in many industries and has a deep understanding of the mining and petroleum industries.

A recent highlight has been leading negotiations on the scheme implementation agreement for Vodafone Hutchinson's $15 billion merger of equals with TPG Telecom. Earlier this year, he worked on Varian's proposed $1.8 billion scheme acquisition of Sirtex Medical and the interesting developments following its bid being contested. Before that, he helped AirTrunk raise $400 million start up finance for the construction of its hyperscale data centres. He also worked with Enstar on its $450 million insurance scheme acquisition of Zurich Australia's compulsory third party insurance runoff business.

Jeremy's strengths are preparing and negotiating high quality documentation for large deals. He has an eye for detail, but focusses on the commercially important points. Once engaged, Jeremy dedicates himself to achieving his client's objectives and closing the deal.

Jeremy is a lawyer who is easy to work with, will listen to what you want to achieve and partner with you to get there. His core practice areas are:

He is recognised in Best Lawyers in Australia in the practice areas Corporate, Equity Capital Markets, Mergers and Acquisitions, Natural Resources and Oil & Gas.

Directors in Australia disempowered on invalid board spill notices