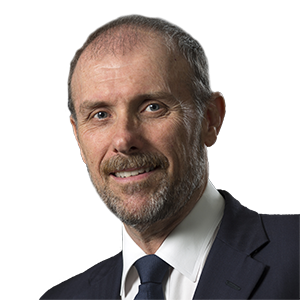 Rodney Bretag is a commercial litigation and insolvency lawyer based in Sydney.

Rod focuses on banks, secured lenders, creditors and insolvency practitioners in the areas of debt recovery, security enforcement, fraud recoveries, voluntary administrations, arrangements and restructuring, receiverships, liquidations and bankruptcies. He also has experience from a broad variety of commercial disputes, including dealing with issues arising in respect of trusts and fiduciary relationships.

Rod acts for our major banking clients in a wide variety of claims including claims against valuers and a variety of issues arising in respect of the maintenance and enforcement of securities. He also acts on behalf of a number of insolvency practitioners and trustees.

Rod's practice covers litigation to recover money and property on behalf of banks, financiers, receivers, administrators, provisional liquidators, liquidators and trustees for the benefit of creditors, as well as litigating the many issues that arise in the course of insolvent administrations.

Rod has worked on large insolvencies in the financial, rural, mining, aged care, property development, industrial and technology sectors. He has also acted in matters involving ASIC prosecutions, and has been involved in the preparation and conduct of other major multi-party litigation.

Rod has recently been a part of the team assembled to consult the Asian Development Bank in its mission to bring about insolvency law reform in Myanmar. This important work has included extensive consultations with senior officials in the government and judiciary of Myanmar, as well as other stakeholders. Rod has been intimately involved in the drafting of two substantial policy reports and a number of shorter papers, along with the proposed insolvency bill and regulations for consideration of the Myanmar authorities and Parliament.