In May 2016, we discussed the abolition of the VAR-declaration as a result of the implementation of the Assessment of Employment Relationships (Deregulation) Act (Wet deregulering beoordeling arbeidsrelaties) (the Act) which came into force on 1 May 2016. The first year is intended as a transitional period, during which law enforcement merely serves an informative purpose. At present, there is a great deal of uncertainty among companies and freelancers as their underlying relationship from a legal and tax perspective is often unclear. The Secretary of State for Finance, Mr. Wiebes, has introduced several measures to deal with some of these concerns. Are these measures sufficiently reassuring?

No fines and additional tax assessments after May 2017

Freelancers who work under the terms of the model agreements (where possible) should therefore not be exposed to many risks. This is reassuring for some; although often the model agreements do not sufficiently cover the intended relationship between two professional parties. Furthermore, not all relationships fit within the model agreements. One area of difficulty is that the model agreements are only available in Dutch. Moreover, there is often a need for additional clauses to be included (for example, IP, non-compete, tax-indemnities, complex remuneration and bonus structures). Pre-approval of the agreement by the tax authorities is possible, although such approval currently takes more than 10 weeks. In addition, the Dutch Tax Authorities seem to decline most agreements that deviate from the standard forms.

On 19 September 2016, Mr. Wiebes confirmed that the ‘obvious undertaker’, (i.e an independent contractor and not a person who evidentially works on the basis of an employment relationship), should not worry. The abolition of the VAR-declaration should not have any consequences for this group. It is not intended by the Dutch Tax Authorities to punish well meaning entrepreneurs who just fall outside the scope of law. However, entrepreneurs who are considered to abuse the system can count on a tough approach. It would therefore still be possible to contract with an independent contractor using a template which differs from a model agreement, although the risk that the relationship in fact is seen as an employment relationship is often too great.

In order for the Dutch government to identify all the unintended consequences of the Act in the labour market, the Dutch Tax Authorities have opened a reporting centre where the difficulties that stakeholders are facing can be reported (https://www.meldpuntdba.nl/). Moreover, the Dutch Tax Authorities will open a register where users are able to verify if a specific aspect of an agreement or an arrangement between parties has been allowed. This could create more flexibility for parties that contract on the basis of their own templates.

The transitional period should allow companies to adjust to the new system. However, not everyone is exempt during this transitional period. The Dutch Tax Authorities are currently able to impose additional tax assessments and fines in the following circumstances:

As both financial and legal risks are present, a legal assessment of every contract that is currently in place or to be entered into is highly recommended. 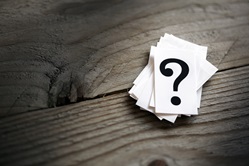