Section 1129 of the Bankruptcy Code is the obstacle course a Debtor must conquer to have its plan confirmed. Among other things, § 1129 requires that there be at least one impaired class of creditors (exclusive of insiders) under the plan that votes to accept the plan. The application of this requirement, set forth in § 1129(a)(10), is straightforward when applied to a single debtor. In multi-debtor cases, however, courts have offered conflicting interpretations of what is required under § 1129(a)(10). The “per-debtor” approach interprets § 1129(a)(10) as requiring an accepting impaired class for each debtor, while the “per-plan” approach requires only one accepting impaired class across all debtors. This article details both approaches set forth for a plan involving multiple debtors to cross the finish line to confirmation.

The interpretation of § 1129(a) has therefore become a topic of judicial debate. Where debtors are substantively consolidated—thus separate debtor estates merge into one estate—courts agree that the per-plan approach applies. See ADPT DFW Holdings LLC, 577 B.R. 232, 236 (Bankr. N.D. Tex. 2017). More recently, courts have considered § 1129(a) in the context of a joint plan submitted on behalf of multiple related-but-separate debtors. Interestingly, courts adopting each approach have cited to the plain language of the statute, describing the language as unambiguous but developing conflicting interpretations.

The leading case adopting the per-debtor approach is In re Tribune, 464 B.R. 126 (Bankr. D. Del. 2011). In Tribune, two competing plans were proposed for over 100 jointly administered (but not substantively consolidated) debtors. Each plan proponent advocated for a different approach. The court entered a lengthy Opinion on Confirmation in which the court first noted the lack of “decisional authority” on the split of approaches, citing to SGPA, Enron, and Charter Commc’ns (discussed below). 464 B.R. at 181-82. The court analyzed each case, but noted that “none of the three courts considered the § 1129(a)(10) issue central to its decision in the matter before it. ”  Id. at 182.

In its decision, the court began with a plain language analysis of § 1129(a)(10) and the Bankruptcy Code. Referencing 11 U.S.C. § 102(7), the Bankruptcy Code’s Rules of Construction, the court noted that “the singular includes the plural” and therefore the fact that § 1129(a)(10) refers to a singular plan rather than multiple plans “is not a basis, alone, upon which to conclude that, in a multiple debtor case, only one debtor—or any number fewer than all debtors—must satisfy this standard. ”  Id. Coupled with the court’s interpretation of the joint plan as actually a separate plan for each debtor (as the two plans under review each provided by their own terms), the court found the application of § 102(7) to § 1129(a)(10) “entirely logical. ”  The court then parsed through the other subsections of § 1129(a), noting that each of the other requirements could be met only if all debtors proposing a joint plan satisfied them. Based on this analysis, and the doctrine of corporate separateness, the court held that the plain language of § 1129(a)(10) was unambiguous and requires, “absent substantive consolidation or consent,” that § 1129(a)(10) be satisfied by each debtor in a joint plan.

The Delaware bankruptcy court adopted the per-debtor approach again two months later, in In re JER/Jameson Mezz Borrower II, LLC. 461 B.R. 293, 301-02 (Bankr. D. Del. 2011). In contrast to the other courts that have considered the issue, the JER court was not ruling on the confirmability of a joint plan. Rather, creditors of JER moved to dismiss the chapter 11 petition on grounds that the case was filed in bad faith. Id. at 297. Agreeing with the movants, the court commented in dicta that confirmation of a plan would be impossible in the absence of substantive consolidation of the debtors or the movants’ consent, as the movants were one debtor’s only creditor, and so the debtor would be unable ever to produce an accepting impaired class under § 1129(a)(10). Id. at 302 (citing Tribune for the proposition that “there must be a consenting class for each individual debtor in a joint plan for it to be confirmed. ”).

The earliest case adopting the per-plan approach is In re SGPA, Inc. , No. 1-01-026092, 2012 WL 34750646 (Bankr. M.D. Pa. Sept. 28, 2001). In SGPA, the objecting party argued that § 1129(a)(10) requires acceptance by one impaired class for each debtor in a multi-debtor plan (the per-debtor approach) and the debtors contended that there need only be one accepting impaired class for the one joint plan that was submitted (the per-plan approach). 2012 WL 34750646, at 8-11. Noting the lack of authority cited by the objecting party, the bankruptcy court held that it was “not necessary to have an impaired class of creditors of each Debtor to vote to accept the [joint] Plan. ”  Id. at 16. Commenting that “[t]here is one plan of reorganization” and that the impact on the objecting party would not be adversely affected by the debtors’ substantive consolidation or joint administration, the court confirmed the plan despite having an accepting impaired class for only one debtor. Id. at 17.

More recently, the bankruptcy court in In re Transwest Resort Properties, Inc. , adopted the per-plan approach in confirming the plan of five debtors. In its oral ruling, the bankruptcy court noted that § 1129(a)(10) is a “technical requirement for confirmation” that “does not give any substantive rights to objecting parties. ”  See Hr’g Tr. at 4, No. 4:10-bk-37134-EWH (Bankr. D. Ariz. Dec. 19, 2011) [Dkt. 741]. The bankruptcy court noted that the majority of the cases to have addressed the issue have adopted the per-plan approach and that the decision in the Tribune case described below is an outlier. Rejecting the Tribune court’s analysis, the bankruptcy court construed the joint plan before it as one more akin to a substantive consolidation plan, where the claims of the mezzanine lender, if it voted to accept the plan, would have been paid on a subordinated basis from the assets and profits of the reorganized operating debtors. Id. at 6-7. Accordingly, the bankruptcy court determined that the joint plan met the requirements of § 1129(a)(10).

The mezzanine lender appealed to the district court, which affirmed. 554 B.R. 894, 899-901 (D. Ariz. 2016)  In its decision, the district court held that the plain language of § 1129(a)(10) was dispositive, emphasizing the statute’s use of the phrase “under the plan” and construing such language to mean that “once an impaired class has accepted the plan, § 1129(a)(10) is satisfied as to all debtors because all debtors are being reorganized under a joint plan of reorganization. ”  Id. at 901.

Unsatisfied with the district court’s ruling, the mezzanine lenders appealed to the United States Court of Appeals for the Ninth Circuit, which was the first circuit court to address § 1129(a)(10). During oral argument, the appellant panel of judges focused on the per-debtor vs. per-plan approaches, with one judge commenting on the holding in Tribune and questioning whether Tribune is the “isolation” and a “rare, out of the field approach. ” Hr’g Recording: JPMCC 2007-C1 Grasslawn Lodg. v. Transwest Resort Props. , Inc. , No. 16-16221 (Oct. 25, 2017),  https://www.ca9.uscourts.gov/media. The panel also questioned the difference between substantive consolidation and what occurred below in the bankruptcy court, considering whether there would have been a difference had the debtors been substantively consolidated. One judge showed interest in the district court’s plain language reading of the statute and questioned the applicability of § 102(7), suggesting that it is not the court’s duty to decide whether the legislature could have better drafted the statute, but only to interpret the statute as written.

In late January 2018, the Ninth Circuit issued its opinion, holding that § 1129(a)(10) applies on a per-plan basis, rather than a per-debtor basis. Grasslawn Logd. , LLC v. Transwest Resort Props. , Inc. , No. 16-16221 (9th Cir. Jan. 25, 2018). Citing to the plain language of § 1129, the Ninth Circuit noted that § 1129(a)(10) refers to “the plan” and “makes no distinction concerning or reference to the creditors of different debtors under ‘the plan,’ nor does it distinguish between single-debtor and multi-debtor plans. ”  The Ninth Circuit determined that the singular rather than plural reference allows § 1129(a)(10) to be satisfied once a single impaired class accepts a plan. In so ruling, the Ninth Circuit expressly rejected the argument that § 102(7) requires a per-debtor interpretation of § 1129(a)(1) and the arguments set forth in Tribune regarding the interpretation of other subsections in section § 1129(a). 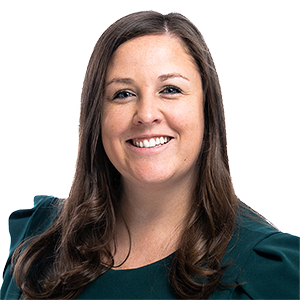