On May 23, 2020, the US District Court for the Southern District of New York in Kirschner v. JP Morgan Chase Bank, N.A., et al (S.D.N.Y. May 23, 2020) found that broadly syndicated term loan notes do not constitute securities. In deciding that such notes are not securities, the Securities Act of 1933 (the 33 Act) and the Securities Exchange Act of 1934 (the 34 Act) do not apply to these loans, and loan arrangers are not required to register as broker dealers under the 34 Act. The loan and banking industries have operated on the general assumption that loans are not securities. Despite the long-standing belief that loans are not securities, federal and state securities laws have historically been silent on the matter.

The Court applied the Reves “family resemblance” test, where the presumption that a note is a security may be rebutted only by showing that the note bears a strong resemblance to one of four categories: (1)  the motivations that would prompt a reasonable seller and buyer to enter into the transaction, (2) the distribution plan of the instrument, (3) the reasonable expectations of the investing public, and (4) the existence of another regulatory scheme which would reduce the risk of the instrument, thereby rendering application of the 33 Act unnecessary. The Court ruled that:

This court decision is important for loan participation programs and collateral loan obligation programs, which would otherwise have to comply with the registration and disclosure requirements of the 33 Act and the 34 Act.

On August 21, 2019, the Securities and Exchange Commission (the SEC) voted to issue two guidance statements relating to proxy advisory firms in the proxy process. The first guidance outlined considerations and due diligence practices for investment advisers that engage proxy advisory firms for assistance in fulfilling their proxy voting responsibilities with respect to client securities. The second guidance statement set forth the SEC’s view that recommendations from proxy advisory firms generally constitute “solicitations” under the federal proxy rules, thereby subjecting proxy recommendations to antifraud rules and liability under the ‘34 Act.

On March 30, 2020, the US Court of Appeals for the Sixth Circuit affirmed the district court’s summary judgment ruling in Goodman v. J.P. Morgan Investment Management Company, holding that the fees charged by J.P. Morgan to five of its mutual funds (collectively, the Funds) were not excessive.

Section 36(b) imposes a fiduciary duty on an investment adviser to a mutual fund with respect to compensation, and gives mutual fund shareholders a private right of action to enforce that duty. The statute assigns the burden of proof to the plaintiff, and subsequent case law has established that a breach may be shown only where the fee charged is “so disproportionately large that it bears no reasonable relationship to the services rendered and could not have been the product of arm’s length bargaining.”

In Goodman, the Sixth Circuit noted that J.P. Morgan  “put forth clear evidence that the responsibilities [it] has as adviser to the Funds are different from those it has as subadvisor to the sub-advised funds, as are the associated risks.” The Court also noted that J.P. Morgan’s fund board may not have received the information the Funds argue they should have received, but the fund board nevertheless “engaged in a thoughtful review process that considered substantial information” about the Funds.

On May 26, 2020, private fund manager Ares Management LLC (Ares) paid a $1 million penalty to settle charges brought by the SEC, which had alleged failure to implement and enforce policies and procedures designed to prevent misuse of material, non-public information (MNPI). A member of Areas’ deal team had sat on the board of a portfolio company, during which time the Ares deal team member was subject to the portfolio company’s confidentiality provisions.

The SEC acknowledged that Ares had placed the portfolio company on its restricted list, but Ares had repeatedly failed to sufficiently document whether compliance staff had inquired with the portfolio company’s deal team whether anyone had received MNPI. This failure to properly document underpinned the SEC’s decision to charge Ares with willful violations of Sections 204A and 206(4) of the Advisers Act and Rule 206(4)-7 thereunder.

On May, 28, 2020, the Commodity Futures Trading Commission (the CFTC) proposed amendments to Rule 3.10(c)(3), in order to modify its registration exemptions for non-U.S. commodity pool operators. The proposed amendments would apply the rule on a “pool by pool” basis, where a manager may use this exemption for one or more eligible pools but not others. The amendments would also institute a safe harbor for unintended US investments in non-US pools, provided that the manager has undertaken reasonable efforts to minimize this risk.

On June 2, 2020, Nasdaq proposed new rules that would expand its authority to deny listings of companies with audit problems. The proposal would allow Nasdaq to apply stricter rules in approving IPOs or continued listings, based on the quality of the company’s audit work, specifically with companies based in restrictive markets such as China. Currently, Nasdaq is prevented by the U.S. Public Company Accounting Oversight Board (PCAOB) from inspecting the work of auditors from Belgium, France, China, and Hong Kong. SEC Chairman Jay Clayton supports Nasdaq’s proposals, since Chinese laws governing the protection of state secrets have been invoked to limit foreign access to China-based business books and audit work papers.

The new proposed criteria by Nasdaq include requiring companies to maintain a certain level of assets or earnings, conduct public offerings underwritten on a firm commitment basis, or impose lockup restrictions on insiders for a certain time after a stock sale until the market determines a price for the shares.

US Supreme Court to decide on the SEC’s disgorgement powers

The Supreme Court is expected to rule on Liu v. SEC this summer, finally deciding whether the SEC may continue to use disgorgement as a remedy in enforcement actions brought in federal courts. The opinion is expected to determine: (i) whether or not the SEC has the right to pursue disgorgement as a form of equitable relief, (ii) how the SEC will manage the revenue created by disgorgement resolutions and (iii) the amount subject to disgorgement in a Foreign Corrupt Practices Act case.

This summer, the US Court of Appeals for the Fifth Circuit is expected to rule in Cochran v. SEC (case number 19-10396). Cochran v. SEC addresses the removal protections for the SEC’s Administrative Law Judges (ALJs). The SEC’s administrative enforcement program that is based on ALJ hearings will be jeopardized if the Supreme Court strikes down the ALJ protections (which would be consistent with its holding in Lucia v. SEC).

In response to the rise of apps created to trace the spread of COVID-19, a group of bipartisan US Senators have introduced the Exposure Notification Privacy Act (Act). The Act is intended to protect user data collected by the COVID-19 exposure apps and place privacy safeguards around the apps. The FTC and State attorneys general would be responsible for enforcement of the bill.

Some of the mandates of the Act include:

Despite the optimism of some investors, the increase in zero yields has led to an increase in fee waivers. The combination of negative interest rates and fee waivers could prove to be damaging to the profitability of the money market sector as asset managers typically earn very thin margins on money funds.

The Fed’s new lending facility for money funds made loans is due to last until September 30, 2020, but may be extended if necessary. 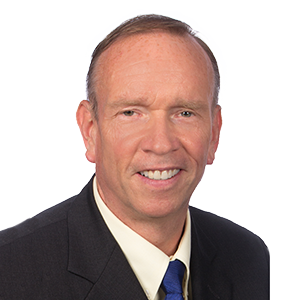