Food manufacturers are being accused of manipulating scientific research and improperly influencing the national scientific debate over the relative health risks of sugar, despite the purportedly known risks to public health at large, all to benefit their business operations.

For example, a study recently published in the Journal of American Medical Association1 asserts that for over 50 years the sugar industry downplayed sugar’s possible role in cardiovascular disease while demonizing the hazards of fat, despite knowing the potential health dangers associated with sugar. The blame is levied not only on industry-sponsored studies, but also on the industry’s “corporate speech” – i.e., public statements concerning the studies and the link between health effects and sugar. The United States Food & Drug Administration’s new sugar labeling requirement, unveiled earlier this year, only adds fuel to the fire over the sugar controversy. It is against this backdrop that we are now seeing an emerging trend in significant class action lawsuits targeting companies in the sugar industry.

On May 20, 2016, the United States Food & Drug Administration (“FDA”) finalized new “Nutrition Facts” labeling requirements for packaged foods, which is aimed at helping consumers make better-informed food choices. FDA promulgated changes to the Nutrition Facts labeling requirements based upon new scientific information, updated nutrition and public health research, recent dietary recommendations from expert groups, and public input. One of the new requirements is that food manufacturers disclose any “Added Sugars”2 in both grams and as a “percentage of Daily Value” in the Nutrition Facts label.

FDA’s changes to the sugar labeling requirements comes after years of debate over the potential health effects of excessive sugar consumption. That debate, which has recently shifted towards an anti-sugar narrative, culminated in the above-referenced September 2016 study published by the Journal of American Medical Association (the “JAMA Study”), wherein researchers found that in the 1950s and 1960s the sugar industry – through a trade association, the Sugar Research Foundation (“SRF”) – sought to downplay sucrose’s role in causing coronary heart disease and other nutritional risks by casting doubt on studies finding a link between the two. More specifically, the JAMA Study concluded that “the sugar industry sponsored its first [cardiovascular disease] research project in 1965 to downplay early warning signals that sucrose consumption was a risk factor in [cardiovascular disease].”3

According to the JAMA Study, in 1965, the sugar industry-funded SRF sponsored a research project, which entailed Harvard scientists conducting a literature review of various studies and experiments on sugar. Their results were published in 1967 in the New England Journal of Medicine (the “NEMA Study”), and the NEMA Study stated that there were major problems with all of the prior studies and experiments that implicated sugar. It concluded that cutting out fat from American diets – not sugar – was the way to combat coronary heart disease. Consistent with the conflict-of-interest rules that applied in 1967, the NEMA Study’s source of funding was not disclosed when it was published. It is this lack of transparency, coupled with the sugar industry’s influence on public discourse on health, that has now been deemed manipulative and disingenuous, at best; and legally culpable, at worst.

The sugar industry and certain food producers are now the subject of significant consumer class actions which are the logical extension of the JAMA Study and others like it. They include similar allegations – i.e., food manufacturers knew that sugar was linked to cardiovascular disease and other potential ailments, but cast doubt on studies finding a link between the two by funding studies designed to downplay the health effects of excessive sugar consumption – and then publicly touted these studies in the form of corporate speech. Indeed, the underlying theme in all of these lawsuits is that the food manufacturers sought to control the public record on sugar and convince the public at large that sugar consumption is not linked to health ailments. Accordingly, consumers’ claims turn on the sugar industry’s alleged misleading marketing of industry-funded science on sugar, and include, inter alia, false and deceptive advertising claims under state consumer protection statutes (including, notably, California’s Unfair Competition Law and False Advertising Law), and unfair competition claims under state law. While most states’ laws allow plaintiffs to recover actual losses as damages, it is possible that plaintiffs could also seek restitution – i.e., the return of the price the consumer paid for the product.

The “fraud against the public” narrative underlying these consumer class actions is not uncommon, and proceeds along similar lines – i.e., the industry influenced the science, and/ or the industry knowingly misled the government and public alike. Indeed, in recent years, mass tort plaintiffs in other contexts have alleged that companies, despite having knowledge of the dangers associated with a certain product, sought to influence the scientific record – and, as a result, the public at large – to better position themselves in the marketplace.

For example, in recent litigation involving the alleged health effects associated with exposure to polychlorinated biphenyl (“PCBs”), the plaintiffs alleged that the manufacturer knew human exposure to PCBs could have harmful effects, but for years manipulated the scientific and public record related to PCBs through press releases and other literature to promote the results of favorable studies, while “casting doubt” on any studies claiming a link between exposure to PCBs and injury to human health. Similarly, a petroleum company’s alleged knowledge of the link between fossil fuels and climate change is currently being litigated, and, again, the focus is on the company’s corporate speech – i.e., whether, despite knowledge to the contrary, the company publicly continued to downplay the role of fossil fuels by funding studies designed to result in favorable findings, publicly endorsed such favorable findings, and criticized those studies that resulted in adverse findings.

When defending such claims, food corporations should thus emphasize to the jury that corporate speech must be evaluated in the context in which it was made. Plaintiffs will certainly rely on public statements of the company in prosecuting their action, but some of these corporate statements were made decades ago, when the scientific and cultural landscapes were very different. For example, the JAMA Study accuses the sugar industry of manipulating the scientific dialogue by not disclosing the source of funding for the NEMA study. The JAMA study fails to acknowledge that in 1967 the rules regarding funding disclosures were such that many studies did not disclose funding information. By placing the various statements back into the proper context, defendants can often neutralize any suggestion of impropriety.

Another tactic often used by plaintiffs is their reliance on so called “historians” who offer “expert testimony” regarding both the history of a corporation’s public statements and the resulting analysis regarding the intent behind the various statements. The use of such “historian” experts is subject to attack. Indeed, some courts have wholesale precluded this type of purported expert testimony, recognizing that the testimony is little more than an recitation of corporate statements without any analysis that would aid the court or the jury. Other courts have substantially limited the scope of such expert testimony by allowing the historian to testify as to the contents of the corporate speech, but barring any testimony regarding the corporation’s intent behind the corporate speech.

Finally, whether the public statements made by food manufacturers are protected speech under the First Amendment – including a company’s right to lobby – is likely to be a significant point of contention in these suits. The sugar industry and food producers will almost certainly, and should, assert First Amendment defenses, including the Knoerr- Pennington doctrine, but the nature of the communication may ultimately be a jury determination upon which these defenses will prevail or fail.

In sum, whether industry-sponsored research and corporate speech can form the predicate for liability is yet to be determined. What is clear, however, is that a focus of the litigation will be on the public statements of the company – some made decades ago when the scientific understanding and standards regarding funding disclosure, transparency, and study design were different from those that exist today. Even more clear is the fact that food companies are at risk of being subjected to lawsuits based upon such prior statements.

FDA defines “Added Sugars” to include sugars that are either added during the processing of foods or are packaged as such. For a technical definition of Added Sugars, food manufacturers are encouraged to consult page 33980 of FDA’s Nutrition Facts Label Final Rule, available here. 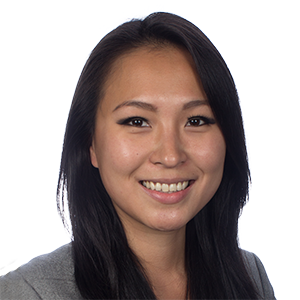