On October 29, 2021, the US Department of Labor published its final rule as to when an employer covered under the Fair Labor Standards Act (FLSA) can take a tip credit towards minimum wage requirements for a tipped employee’s work. The final rule will be in force on December 28, 2021, notwithstanding the objections of employers’ advocates who argued for a later effective date.

Under the final rule, an employer can only take the credit when a “tipped employee” (i.e., one engaged in an occupation in which the employee customarily and regularly gets more than US$30 a month in tips) is performing work that is part of a “tipped occupation.” Generally speaking, this is work that is customer-facing that produces tips or work that directly supports tip-producing work. In the latter case, there are temporal limits on how much tip credit an employer may take.

Key aspects of the final rule

29 CFR § 531.56(e) currently recognizes that some employees may hold two jobs, one tipped and the other not, where a clear distinction may be drawn between them, such that no tip credit can be taken for the untipped job. For example, when a hotel maintenance worker also works as a server in the hotel restaurant, no tip credit can be applied to the time that maintenance work is done.

The final rule maintains this dual jobs distinction, although it modernizes the operative regulatory language to make it gender-neutral.

The final rule sets limits on the amount of time an employer can take as tip credit for a tipped employee’s performing directly supporting work. Specifically, the employer can take a tip credit as long as the employee does not perform the directly supporting work for a “substantial amount of time.” Here, over the objections of several employer advocates, the DOL has opted for a bright-line approach in defining this term.

When these limits are surpassed, the employer must pay a direct wage of at least the minimum wage for the hours exceeding the thresholds.

Not included in calculating whether the 20% threshold has been exceeded are time for which the employer does not, or cannot, claim a tip credit, such as work in a non-tipped occupation, as well as time exceeding the 30 minute threshold noted above.

Of note, an employer only has to calculate the 20% limit once for a given workweek. Further, the final rule does not establish any record-keeping requirements, although employers may choose to keep track of uninterrupted non-tipped working time to later be able to prove compliance.

An example of tip credit calculation

Imagine that a server is employed for 40 hours per week in a small restaurant, comprised of five shifts of eight hours. The server does five hours of work that is not part of a tipped occupation, such as emptying and cleaning the restaurant’s grease traps, for which the server is paid the full minimum wage directly. And, the server does one continuous hour of non-tipped directly supporting work, such as rolling silverware, both at the beginning and end of each shift.

The server’s cleaning time (five hours/week) and half of the silverware rolling time (i.e., 30 minutes x twice a day x five days = five hours/week) would have to be paid at full minimum wage and so those 10 hours would be excluded from the base workweek used to calculate the 20% of the time for which tip credit can be claimed. As a result, the employer could potentially claim a tip credit for up to six hours per week (30 hours x 0.2 = 6). On these facts, the employer could, therefore, easily claim for tip credit the 2.5 hours of non-tipped directly supporting work that respects the 30-minute limit noted earlier. Of course, tip credit could also be claimed for the working hours that are considered tip-producing work.

The final rule also amends regulations that address the minimum wage contractors pay to their employees in connection with, or working on, covered federal contracts. Specifically, the final rule amends the regulations so that they are consistent with the restrictions outlined above regarding when an employer can take a tip credit.

When assessing the potential impact of the final rule, it is important to consider the application of state laws setting minimum hourly wages for tipped employees. As the DOL notes in its discussion of the anticipated impacts of the final rule, a number of states already require that employees receive the full FLSA minimum wage for all hours worked, such that the final rule may have no impact on employers in those states.

The DOL estimates that, excluding employers and industries where full FLSA minimum wage, or more, is already being paid for all hours worked, there will still be about 470,894 establishments affected by the final rule. Further, the DOL estimates that the financial impact of the final rule on affected employers, as a group, will be to the tune of nearly US$225 million in familiarization, adjustment and management costs in the first year of its application. Thereafter, the final rule is anticipated to cost affected employers, on average, US$183.6 million per year.

The DOL itself recognizes that the final rule could well result in a net transfer of wealth from affected employers to protected employees. And, although the final rule takes steps towards clarifying the circumstances in which tip credits can be claimed, these have been restricted by the concepts of tip producing work, directly supporting work and bright-line temporal limits on how much work can qualify for a tip credit. Overall, the final rule seeks to further the remedial purpose of the FLSA, to protect employees and to ensure a fair minimum wage for them.

The final rule may also present challenges to employers, especially smaller employers, who will need to familiarize themselves with the amendments and develop procedures for ensuring compliance. Employers are well-advised to take steps now to ensure compliance with the provisions of the final rule prior to its effective date in late December.

Special thanks to Jason McFarlane for his assistance in the preparation of this content. 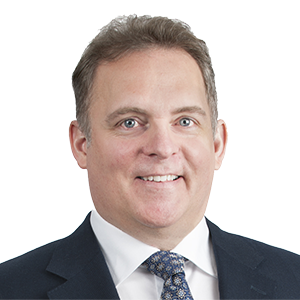