Earlier this month, Gurbir Grewal, the SEC's newly-minted director of enforcement announced that the SEC staff would recommend an "aggressive" use of their remedies, including demanding admissions of wrongdoing in appropriate circumstances. Grewal stated that the Enforcement Division would seek admissions when "heightened accountability and acceptance of responsibility are in the public interest." Grewal also stated that admissions of wrongdoing serve broader programmatic goals: "Admissions . . . serve as a clarion call to other market participants to stamp out and self-report the misconduct . . . ." According to press reports, Sanjay Wadhwa, the SEC's deputy director of enforcement, expounded that the SEC would seek admissions "in cases involving egregious conduct," where a large number of investors were harmed, or where the SEC perceived obstruction of an investigation.

These statements appear to mark a return to the SEC's assertive enforcement posture under the Obama administration. While no-admit settlements were historically the norm, in 2012, the SEC revised its policy to delete the no-admit language where there was a parallel criminal resolution with admitted facts. In 2013, SEC chair Mary Jo White announced that "admissions might be appropriate" where: (i) a large number of investors had been harmed; (ii) the alleged conduct posed a significant risk to the market; (iii) admissions would aid investors deciding whether to deal with a particular party in the future; or (iv) where reciting unambiguous facts would send an important message to the market about a particular case. Under White's successor, Jay Clayton, however, there appeared to be a retrenchment: while Clayton did not institute any formal ban on admissions, he expressly stated that he feared the use of admissions increased the costs to the SEC and extended the time necessary to reach resolution of enforcement actions. A co-director of enforcement serving under Clayton echoed that approach.

Despite the apparent return to a more assertive enforcement posture under Grewal, much will depend on whether, and how often, the SEC actually demands admissions. The practice under White, despite her similar admissions policy, is illustrative. According to one analysis, after three years of White's admissions policy, only approximately 2.7 percent of the SEC's standalone cases required admissions. Moreover, even as the SEC states that admissions are part of the remedial calculus, it has long and oft cited the benefits of a no-admit settlement: (i) the SEC can obtain relief within the range of what it could reasonably expect to achieve after winning at trial; (ii) the elimination of litigation risk; (iii) the return of money to victims more quickly; and (iv) the preservation of enforcement resources (see addresses given by Andrew Ceresney and Mary Jo White).

The SEC staff will likely continue to weigh these programmatic benefits of no-admit settlements against Grewal's stated programmatic benefits of admissions in terms of potential deterrence, increased self-reporting and signaling accountability. Certain companies, and in particular individuals, may be loath to admit to any wrongdoing, and the possible increase in trials and attendant effect on the SEC's enforcement program, will likely remain an important factor for the SEC staff.

Companies faced with demands for admissions should be prepared to advocate to the staff regarding the potential collateral consequences of admissions, especially in private civil litigation. Companies, particularly if regulated, should also be mindful of the possible effects of any admissions on licenses or the ability to do business, and these factors will therefore likely continue to be part of discussions with enforcement staff about any potential resolution. Companies will likely want to argue that the SEC's other traditional remedies are sufficient, and indeed, Grewal mentioned a conduct-based injunction, or an undertaking not to violate the securities laws in the future, as key forward-looking remedies. Finally, companies may seek to pair any admissions with a charge under Section 17(a)(2) or (3) of the Securities Act of 1933, which do not require proof of scienter and do not provide a private right of action.

Senior Counsel John Heath (Dallas) also contributed to the preparation of this alert. He is licensed only in New York. 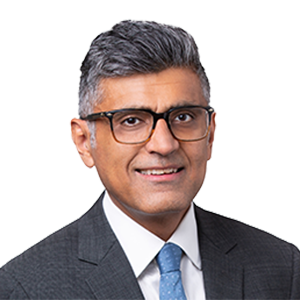