2015 has been a challenging year for oil and gas companies, but there are some signs of hope for the industry with M&A activity picking up and the emergence of new markets and basins.

Asset write-downs have been commonplace in the last 12 months, budgets for capital expenditures have been slashed and exploration activity has stalled. At the beginning of the year, we were only starting to see just how far the price would fall and there was a great deal of disagreement about whether or not the drop was a transient blip and whether OPEC would rein in production to prop up the price (albeit at the expense of its own market share). As it turns out, the price fall was not a short term event and OPEC did not step in and keep the price up — to the contrary, OPEC has maintained production levels and shows no sign of slowing the taps down, in spite of the anticipated re-emergence of Iranian and Libyan production, the opening up of the Mexican upstream sector and the recent election of a pro-foreign investment government in Argentina.

However, despite the continuing lower price environment, there are positive signs for the industry. The first half of the year saw a complete stoppage of M&A activity due to the stand-off between buyers and sellers over bid/ask price but the latter half of the year has seen the bid/ask price spread narrow significantly, with parties now trying to realistically do deals together. In the first few months of the year, sellers were reluctant to sell interests at a lower oil price than they had bargained for which they believed did not reflect the true cost of the asset which they had paid for at a time when prices were high, whilst buyers were looking at the forward price curve and realising that net returns were much lower than sellers would have them believe. Few really believed that OPEC would keep pumping at its current rates (not least in part due to the fact that falling oil prices has a horrific impact on those OPEC members whose economy is heavily reliant on oil exports — including Saudi Arabia and Venezuela).

The longer the low price remained, the more the gap narrowed, as everyone realised that the upstream sector was seeing a new world order of US$40 to US$50 oil. Sellers looking to dispose of non-core assets in their portfolio or looking to shed and de-risk their exploration commitments, had to set more realistic sales targets which has led to buyers slowly re-engaging in the M&A market.

Additionally, the expected return of Iran in 2016 is a very positive sign for investors seeking to apply their capital in the upstream, midstream and downstream sectors across Iran. As we have previously discussed, Iran&rsquo;s reserves and resources are vast and their need for foreign capital and expertise is paramount, so partnerships with NIOC and the pursuit of infrastructure and development projects will gather pace from early 2016. Whilst the licensing rounds in Mexico during 2015 did not quite match the fanfare, all it will take is one sizeable commercial discovery by the Talos Energy operated consortium with Premier Oil, that was so successful in the first phase of Round 1, or the ENI led consortium and Fieldwood Energy led consortium, who were so successful in the second phase of Round 1, to change the minds of investors and reinvigorate activity in the Mexican basin. Sticking with Latin America, the recent presidential elections in Argentina and parliamentary elections in Venezuela also bring with them great promise for overseas investors as in both countries centre-right pro-investment governments have triumphed over the incumbent leftist administrations. This should lead to the opening up of opportunities in the Vaca Muerta shale region in Argentina and the gradual easing of restrictions on foreign investor participation in Venezuela's abundant oilfields. Both of these victories follow swiftly on the heels of the Nigerian elections where the incumbent administration lost an election for the first time ever in Nigeria with the new president placing reform of the country's national oil company and energy sector at the forefront of his political agenda.

In any case, despite the rigours and challenges for oil and gas companies during 2015, the promise of 2016 should bring with it a wealth of opportunities and reason to be cautiously optimistic about the sector as new basins and opportunities present themselves to investors. With that in mind, in this issue we take a closer look at the legislation governing Greece&rsquo;s upstream sector.

Finally, we at Chadbourne wish you and all of your family and friends a very happy festive season and a great new year. 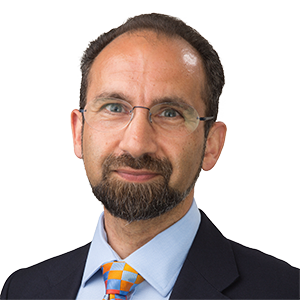